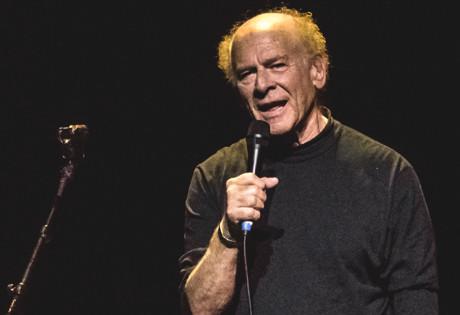 Start by filling out our no-obligation entertainment request form to check pricing and availability for Art Garfunkel or whoever else you may want.

Our Art Garfunkel agent will be happy to help you get Art Garfunkel's availability and booking fee, or the price and availability for any other A-List entertainer, band, comedian or celebrity you may want for your corporate event, private party, wedding, birthday party or public show.

Art Garfunkel was born in 1941 in Queens, New York. Long before Garfunkel went on to become an iconic figure in American music as a member of the duo Simon & Garfunkel, he developed a love of music when he was still in elementary school. By the time he was a teenager, Garfunkel had begun performing for his family, and a friendship with classmates Paul Simon led to the duo performing together at a number of school events when they were young teenagers.

Inspired by such musicians as the Everly Brothers, Simon & Garfunkel began writing and arranging their own versions of contemporary hits, performing together frequently, until the two embarked on a hiatus to complete their college studies. After graduating from Columbia University in the early 1960’s, Art Garfunkel reunited with Paul Simon to official form the duo Simon & Garfunkel and to pursue a career as a musical duo more seriously. By 1964, Simon & Garfunkel had released their smash hit debut, Wednesday Morning, 3 A.M., featuring their iconic and enduring hit "The Sound of Silence." For the rest of the decade, Simon & Garfunkel gave the era some of its most significant songs, including "Parsley, Sage, Rosemary and Thyme," "Bridge over Troubled Water," and "Mrs. Robinson." During their peak, the duo garnered multiple Grammy Awards in such categories as Record of the Year ("Mrs. Robinson," in 1969) and Album of the Year (Bridge Over Troubled Water, 1970.)

By the early 1970’s, both Simon & Garfunkel went on to pursue solo projects, although over the years they would frequently come back together for performances and occasionally new material. During this time, in addition to his own musical projects, Art Garfunkel began appearing in films, making his debut in Catch-22 in 1970. A role in Carnal Knowledge in 1971 led to a Golden Globe nomination, but Garfunkel quickly returned to music in an effort to launch his solo career. His solo debut, Angel Clare, arrived in 1973, featuring the songs "All I Know" and "Travelling Boy." The album rose to the top five on the Billboard charts and set the stage for a number of additional solo endeavors, including: Breakaway (1975), Watermark (1977), Fate for Breakfast (1979), Scissors Cut (1981), Songs from a Parent to a Child (1997), and Some Enchanted Evening (2007.)

In recent years, Simon & Garfunkel have reunited for a number of performances, and Art Garfunkel himself has toured frequently as a solo act. In addition to his musical compositions, Art Garfunkel has also written a significant amount of poetry, having published his first collection, Still Water, in 1989.

For more information on booking Art Garfunkel, please contact Booking Entertainment. One of our top booking agents will be happy to work on your behalf to get you the best possible price to book any big name entertainer for your upcoming public, private or corporate event worldwide.

Booking Entertainment works to get the best possible Art Garfunkel booking fee and Art Garfunkel price for our clients while also providing the celebrity or famous entertainer with the level of professionalism and industry norms that they expect from an event run by a professional booking agency and production management.

Booking Entertainment uses our agency / management relationships and over 25 years of production experience to help buyers of headline / top name entertainers and does not claim or represent itself as the exclusive Art Garfunkel agent, manager or management company for any of the artists on our site.

Booking Entertainment does not claim or represent itself as the exclusive booking agency, business manager, publicist, speakers bureau or management for Art Garfunkel or any artists or celebrities on this website.