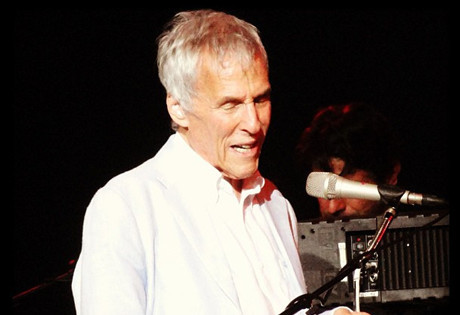 Start by filling out our no-obligation entertainment request form to check pricing and availability for Burt Bacharach or whoever else you may want.

Our Burt Bacharach agent will be happy to help you get Burt Bacharach's availability and booking fee, or the price and availability for any other A-List entertainer, band, comedian or celebrity you may want for your corporate event, private party, wedding, birthday party or public show.

Legendary American musician Burt Bacharach was born in Kansas City in 1928. As a child, Bacharach studied a variety of instruments, including piano and cello, which undoubtedly contributed to his eventual achievement as one of the most important composers of the century. A family move to New York when he was young gave Bacharach the opportunity to encounter jazz played live, and he could often be found sneaking into clubs to watch performances by such famed musicians as Charlie Parker and Dizzy Gillespie.

As a young man, Burt opted to attend the Music Academy of the West in California to study compositional theory. A tour of duty in the military briefly disturbed his studies, but after returning in 1952, he began composing for a number of notable musicians, including the Ames Brothers, Patti Page, and Marty Robbins. Robbins’ “The Story of My Life” ended up being Burt Bacharach’s breakthrough piece, rising to the top of the charts both in the United States and abroad.

Along with Hal David, who became his songwriting partner, Burt Bacharach penned the hit “Magic Moments” for Perry Como before ultimately teaming up with the singer who would be the voice for most of his career’s greatest hits - Dionne Warwick. The David/Bacharach team created some of Warwick’s most memorable hits of the 1960’s, including  "Walk on By," "I Say a Little Prayer," "Do You Know the Way to San Jose?” and "Valley of the Dolls.”  They also penned the scores to a number of the decade’s films, including Alfie, Casino Royale, and Butch Cassidy and the Sundance Kid, the latter of which earned them an Academy Award.

Burt Bacharach enjoyed another hit in 1970 with the Carpenter’s “(They Long to Be) Close to You,” before he dissolved his professional relationships with Dionne Warwick and Hal David. It would be nearly a decade before Burt Bacharach would resurface with “Arthur’s Theme” in 1981, and follow up with “Making Love” and “ Heartlight,” both of which were sent to the top of the charts by Roberta Flack and Neil Diamond.  1986 turned out to be another strong year for Bacharach, with the chart-toppers “That’s What Friends Are For” and “On My Own.” The 1990’s brought additional hits from Bacharach, including “Sunny Weather Love,” which reunited him with Dionne Warwick. In the new millennium, Burt Bacharach continues to collaborate and write for a variety of artists, including Elvis Costello, and he was even honored at an all-start concert at Radio City Music Hall.

Today, almost ninety, Burt Bacharach continues to perform and compose on occasion. In 2015, he performed at the Glastonbury Festival in the UK, and in the following year he composed the score for the film A Boy Called Po (2017.) The film’s theme song, “Dancing With Your Shadow,” features vocals by Sheryl Crow. Burt Bacharach published his autobiography, Anyone Who Had a Heart, in 2013. He is considered one of the world’s Greatest Songwriters of All Time.

For more information on booking Burt Bacharach, please contact Booking Entertainment. One of our top booking agents will be happy to work on your behalf to get you the best possible price to book any big name entertainer for your upcoming public, private or corporate event worldwide.

Booking Entertainment works to get the best possible Burt Bacharach booking fee and Burt Bacharach price for our clients while also providing the celebrity or famous entertainer with the level of professionalism and industry norms that they expect from an event run by a professional booking agency and production management.

Booking Entertainment uses our agency / management relationships and over 25 years of production experience to help buyers of headline / top name entertainers and does not claim or represent itself as the exclusive Burt Bacharach agent, manager or management company for any of the artists on our site.

Booking Entertainment does not claim or represent itself as the exclusive booking agency, business manager, publicist, speakers bureau or management for Burt Bacharach or any artists or celebrities on this website.