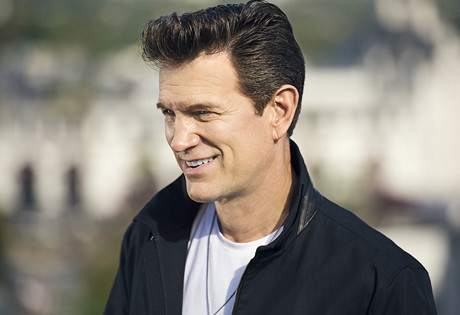 Start by filling out our no-obligation entertainment request form to check pricing and availability for Chris Isaak or whoever else you may want.

Our Chris Isaak agent will be happy to help you get Chris Isaak's availability and booking fee, or the price and availability for any other A-List entertainer, band, comedian or celebrity you may want for your corporate event, private party, wedding, birthday party or public show.

In the 1990’s Chris Isaak found himself riding a rocket to success on the strength of his steamy “Wicked Game,” reinforced by his unusual blend of contemporary styles with fifties and sixties rock & roll. The single, featured in David Lynch’s film Wild at Heart and fortified by a steamy video featuring Helena Christensen, would become a top ten single and turn Chris Isaak’s album platinum, selling over a million copies.

Between 2001 and 2004, Chris Isaak could be seen on The Chris Isaak Show, which hosted a variety of celebrity guests and also featured actual members of his band. He also appeared on Friends and in the HBO miniseries From the Earth to the Moon. In Moon, Chris Isaak portrayed astronaut Ed White, the first American astronaut to walk in space and who was tragically lost in the 1967 Apollo 1 fire.

A one-hour show featuring music, interviews, and performances, The Chris Isaak Hour, aired on The Biography Channel in 2009, and featured musicians Trisha Yearwood, Stevie Nicks, Chicago, Michael Buble, Jewel, and Chicago, to name a few. With Trisha Yearwood, Chris Isaak performed for the first time his duet “Breaking Apart,” from his new album Mr. Lucky. Chris Isaak also collaborated with John Shanks on the album, and in 2011 recorded a cover version of Buddy Holly’s “Crying, Waiting, Hoping” for Listen to Me: Buddy Holly, a tribute album. He followed that with the release of Beyond the Sun, recorded in Memphis, Tennessee at the world famous Sun Records studio.

A man of versatile talents, Chris Isaak has continued to perform, record, and act into the new millennium. His most recent album release, First Comes the Night, arrived in 2015, and preceded an international tour. Most recently, Chris Isaak joined the cast of The X Factor Australia, as one of the judges.

For more information on booking Chris Isaak, please contact Booking Entertainment. One of our top booking agents will be happy to work on your behalf to get you the best possible price to book any big name entertainer for your upcoming public, private or corporate event worldwide.

Booking Entertainment works to get the best possible Chris Isaak booking fee and Chris Isaak price for our clients while also providing the celebrity or famous entertainer with the level of professionalism and industry norms that they expect from an event run by a professional booking agency and production management.

Booking Entertainment uses our agency / management relationships and over 25 years of production experience to help buyers of headline / top name entertainers and does not claim or represent itself as the exclusive Chris Isaak agent, manager or management company for any of the artists on our site.

Booking Entertainment does not claim or represent itself as the exclusive booking agency, business manager, publicist, speakers bureau or management for Chris Isaak or any artists or celebrities on this website.