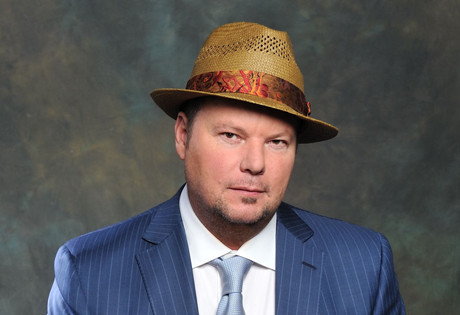 Start by filling out our no-obligation entertainment request form to check pricing and availability for Christopher Cross or whoever else you may want.

Our Christopher Cross agent will be happy to help you get Christopher Cross's availability and booking fee, or the price and availability for any other A-List entertainer, band, comedian or celebrity you may want for your corporate event, private party, wedding, birthday party or public show.

Christopher Cross was born in 1951 in Texas, and grew up mostly in the Washington, DC area, as his father was a doctor in the U.S. Army. Christopher’s earliest performances as a singer were with a San Antonio band, before his talents caught the attention of record labels and he released his debut, Christopher Cross, in 1979.

Cross’s success is unusual for the industry, in that his debut was an instant smash hit both commercially and critically. The album spawned the hit singles “Ride Like the Wind,” “Sailing,” “Say You’ll Be Mine,” and “Never Be the Same.” The album and songs collectively earned him five Grammy Awards that year and set the course for a career which would span well into the new millennium.

Christopher Cross has released the additional albums: Another Page (1983), Every Turn of the World (1985), Back of My Mind (1988), Rendezvous (1992), Walking in Avalon (1998), Red Room (2000), and Doctor Faith (2011), in addition to providing the award-winning theme to the film Arthur (1981 – “Best That You Can Do”), and the soundtrack to the hit television series 30 Rock. In addition to his earlier smash hits, Cross has also given audiences such classics as “All Right” and “Think of Laura.” As a singer, he has collaborated on albums with such high profile artists as: Brian Wilson, Alan Parsons, Eric Johnson, Alabama, Oliva Newton John, and Jeff Golub.

Most recently, Christopher Cross released the live album A Night in Paris, recorded during a live performance at the Theatre Le Trianon. Cross continues to perform, record, and collaborate with other artists.

For more information on booking Christopher Cross, please contact Booking Entertainment. One of our top booking agents will be happy to work on your behalf to get you the best possible price to book any big name entertainer for your upcoming public, private or corporate event worldwide.

Booking Entertainment works to get the best possible Christopher Cross booking fee and Christopher Cross price for our clients while also providing the celebrity or famous entertainer with the level of professionalism and industry norms that they expect from an event run by a professional booking agency and production management.

Booking Entertainment uses our agency / management relationships and over 25 years of production experience to help buyers of headline / top name entertainers and does not claim or represent itself as the exclusive Christopher Cross agent, manager or management company for any of the artists on our site.

Booking Entertainment does not claim or represent itself as the exclusive booking agency, business manager, publicist, speakers bureau or management for Christopher Cross or any artists or celebrities on this website.