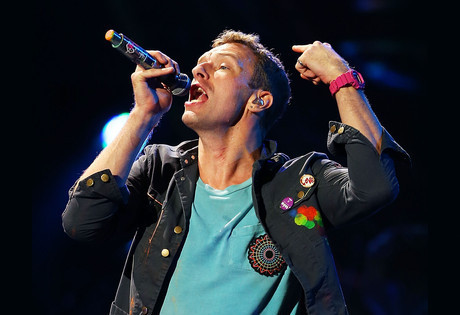 Start by filling out our no-obligation entertainment request form to check pricing and availability for Coldplay or whoever else you may want.

Our Coldplay agent will be happy to help you get Coldplay's availability and booking fee, or the price and availability for any other A-List entertainer, band, comedian or celebrity you may want for your corporate event, private party, wedding, birthday party or public show.

Coldplay was established in 1996 by founding members Chris Martin and Jonny Buckland while the two were college students in London. With the addition of musicians Guy Berryman and Will Champion, Coldplay released their debut, Safety, in 1998. Most of the copies of the EP were given to record company executives, and by 1999, Coldplay had garnered the attention of Parlophone Records, which signed the band in 1999.

Coldplay released a series of additional EPs before their debut album, Parachutes, in 2000. The album spawned the single “Shiver,” which rose to the top forty on the UK singles charts, but it was the song “Yellow” which catapulted Coldplay to superstardom. “Yellow” rose into the top five on the UK charts and paved the way for the success of Coldplay’s second album, Parachutes, which debuted at number one upon its release in 2000. Although Coldplay had become a smashing success in the UK, the band had still yet to match the success in the United States. But upon its release in the states, Parachutes slowly made its way to the top of the charts as well, eventually going multi-platinum and earning Coldplay a Grammy for Best Alternative Music Album in 2002.

Since that time, Coldplay has been an unstoppable music force, releasing a non-stop series of chart-topping albums: A Rush of Blood to the Head (2002), X&Y (2005), Viva la Vida or Death and All His Friends (2008), and Mylo Xyloto (2011), Ghost Stories (2014), and A Head Full of Dreams (2015.) The albums spawned the top 40 hits: “Clocks,”  “Speed of Sound,” “Violet Hill,” “Viva la Vida,” “Every Teardrop Is a Waterfall,” “Paradise,” and “Princess of China.” Despite Coldplay’s enormous commercial success, the band has shunned opportunities to further exploit their success through corporate endorsements and other product-driven promotional offers. Instead, Coldplay has turned their attention to opportunities for charitable and philanthropic endeavors through which their popularity might further strengthen such causes. Coldplay supports a number of charities and organizations, including: Amnesty International, Oxfam, and Make Poverty History.

Coldplay continues to perform and record with the lineup of Berryman, Buckland, Champion, Martin, and Phil Harvey (the band’s creative director.) The group has thus far sold more than one hundred million records worldwide and earned dozens of industry awards, including nine Brit Awards and seven Grammy Awards. Coldplay most recently contributed music to the Plastic Oceans Album, a charitable endeavor designed to raise funds to combat plastic pollution in the world’s oceans.

For more information on booking Coldplay, please contact Booking Entertainment. One of our top booking agents will be happy to work on your behalf to get you the best possible price to book any big name entertainer for your upcoming public, private or corporate event worldwide.

Booking Entertainment works to get the best possible Coldplay booking fee and Coldplay price for our clients while also providing the celebrity or famous entertainer with the level of professionalism and industry norms that they expect from an event run by a professional booking agency and production management.

Booking Entertainment uses our agency / management relationships and over 25 years of production experience to help buyers of headline / top name entertainers and does not claim or represent itself as the exclusive Coldplay agent, manager or management company for any of the artists on our site.

Booking Entertainment does not claim or represent itself as the exclusive booking agency, business manager, publicist, speakers bureau or management for Coldplay or any artists or celebrities on this website.