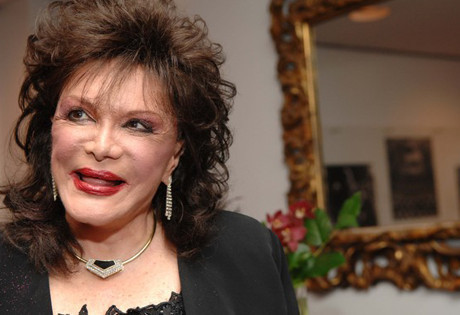 Start by filling out our no-obligation entertainment request form to check pricing and availability for Connie Francis or whoever else you may want.

Our Connie Francis agent will be happy to help you get Connie Francis's availability and booking fee, or the price and availability for any other A-List entertainer, band, comedian or celebrity you may want for your corporate event, private party, wedding, birthday party or public show.

Connie Francis was born Concetta Rosa Maria Franconero in 1938, to a working-class Italian family in New Jersey. Her father encouraged her as a young child to sing and perform at competitions and festivals, recognizing that the young Connie already showed signs of talent even at the young age of four.

Connie Francis accepted a number of small jobs as a singer, and it was through one of these gigs that she came to the attention of managers who also recognized her potential. In 1955, she signed with MGM Records and released her first single, “Freddy.” A few other unsuccessful recordings followed, until Francis recorded the song “Who’s Sorry Now,” and Dick Clark featured it on American Bandstand in 1958. The single rocketed to the top of the charts, and Connie Francis’s career as a singer officially began.

Connie Francis worked with some of the industry greats, including Neil Sedaka, to record a series of hit singles, including "Stupid Cupid," "Everybody's Somebody's Fool," "My Heart Has a Mind of Its Own," and "Don't Break the Heart That Loves You." Her career as a singer led to a career in acting, and Connie found herself starring in some of the 1960’s biggest films, including Where the Boys Are (1960), Follow The Boys (1963), Looking For Love (1964), and When The Boys Meet The Girls (1965). She also spent the decade entertaining the troops in Vietnam, until a terrible incident made her a victim of assault, and she spent the next few decades away from the public scene.

In 1984, Connie Francis resurfaced with the publication of Who’s Sorry Now, her autobiography. A few years later she began to record and perform again, and she continues to do so. She recorded a live album, The Return Concert, in 1995, and a year later released a tribute album to the late Buddy Holly, With Love to Buddy. She performed in Las Vegas in 2004 and then again in 2007 in San Francisco. In 2008, she traveled to Manila for a concert performance, and also appeared in 2010 with Dionne Warwick at the Las Vegas Hilton.

Today, Connie Francis is widely recognized for her charitable and philanthropic efforts, which include extensive work for American Veterans and those suffering from mental ilness. As the national spokeswoman for Mental Health America’s STAR Campaign, Francis continues to work tirelessly to fight for an enforcement bill of rights for patients in mental institutions. On the entertainment front, Francis has recently finished her much anticipated autobiography, Among My Souvenirs, The Real Story. The book is schedule for release in late 2017.

For more information on booking Connie Francis, please contact Booking Entertainment. One of our top booking agents will be happy to work on your behalf to get you the best possible price to book any big name entertainer for your upcoming public, private or corporate event worldwide.

Booking Entertainment works to get the best possible Connie Francis booking fee and Connie Francis price for our clients while also providing the celebrity or famous entertainer with the level of professionalism and industry norms that they expect from an event run by a professional booking agency and production management.

Booking Entertainment uses our agency / management relationships and over 25 years of production experience to help buyers of headline / top name entertainers and does not claim or represent itself as the exclusive Connie Francis agent, manager or management company for any of the artists on our site.

Booking Entertainment does not claim or represent itself as the exclusive booking agency, business manager, publicist, speakers bureau or management for Connie Francis or any artists or celebrities on this website.