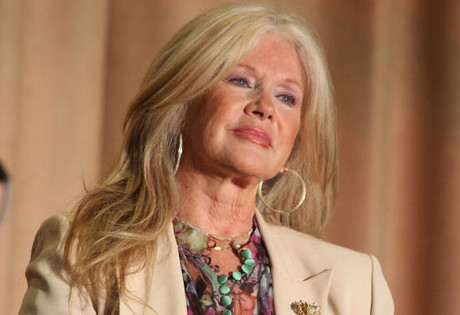 Start by filling out our no-obligation entertainment request form to check pricing and availability for Connie Stevens or whoever else you may want.

Our Connie Stevens agent will be happy to help you get Connie Stevens's availability and booking fee, or the price and availability for any other A-List entertainer, band, comedian or celebrity you may want for your corporate event, private party, wedding, birthday party or public show.

Connie Stevens was born Concetta Rosalie Ann Ingoglia in 1938 in Brooklyn, New York. Connie’s father was already a well-established actor working under the stage name Stevens, and so when she began her pursuit of a career in entertainment, she too adopted her father’s professional surname.  Stevens began performing with a number of singing groups in New York before moving to Los Angeles with her father and appearing in small roles in a number of films.

After Jerry Lewis spotted her performance in one of her films, he cast her in the film Rock-A-Bye Baby, which led to her first contract with Warner Brothers. With Warner Brothers, Connie’s first gig was on the television series Hawaiian Eye in the early 1960’s, and she quickly became a household name. Although Connie continued to act throughout the 1960’s and beyond, she also continued to perform as a singer, releasing her debut album Concetta in 1958. The albums From Me to You and The Hank Williams Song Book followed, both in 1962, but by the mid 1960’s Connie was such a sought-after actress that her career as a musician was put on hold for quite some time.

Connie Stevens continues to make appearances and has even released a series of albums in the last few years, including Sensational (2012) and The Very Best of Connie Stevens (2012.)

For more information on booking Connie Stevens, please contact Booking Entertainment. One of our top booking agents will be happy to work on your behalf to get you the best possible price to book any big name entertainer for your upcoming public, private or corporate event worldwide.

Booking Entertainment works to get the best possible Connie Stevens booking fee and Connie Stevens price for our clients while also providing the celebrity or famous entertainer with the level of professionalism and industry norms that they expect from an event run by a professional booking agency and production management.

Booking Entertainment uses our agency / management relationships and over 25 years of production experience to help buyers of headline / top name entertainers and does not claim or represent itself as the exclusive Connie Stevens agent, manager or management company for any of the artists on our site.

Booking Entertainment does not claim or represent itself as the exclusive booking agency, business manager, publicist, speakers bureau or management for Connie Stevens or any artists or celebrities on this website.