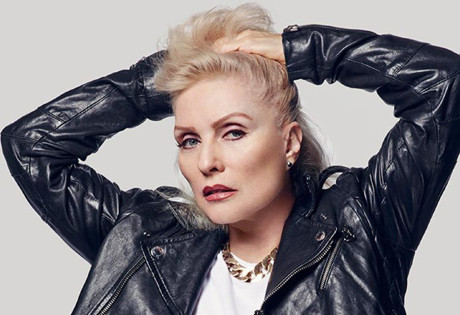 Start by filling out our no-obligation entertainment request form to check pricing and availability for Debbie Harry or whoever else you may want.

Our Debbie Harry agent will be happy to help you get Debbie Harry's availability and booking fee, or the price and availability for any other A-List entertainer, band, comedian or celebrity you may want for your corporate event, private party, wedding, birthday party or public show.

Debbie Harry was born in 1945 in Miami, Florida, to a working-class family in New Jersey. After graduating from college, Debbie worked as a go-go dancer and even as a Playboy Bunny before finding her voice in the late 1960’s. In 1968, she established and released a self-titled debut for the band The Wind in the Willows; The Stilettos followed in 1974, and then Angel and the Snake, before Debbie Harry finally established Blondie, the group which would rocket her to stardom.

In 1976, Blondie released a debut album and went to the top of the charts. The band capitalized on the new music sound emerging, and Debbie Harry was the perfect compliment to the music. A beautifully sexy blonde with an edge voice, she led the band for the next eight years with hit singles like “Call Me” and “ Heart of Glass.” In 1981, Debbie Harry launched her solo career with KooKoo, an album produced by the iconic Nile Rodgers. But the album did not garner the success Harry had been hoping for, and neither did Hunter, which was issued a year later. After taking a five-year hiatus, Debbie Harry returned with Rockbird in 1986, and then Def, Dumb & Blonde a few years later, both to moderate success. Around this time, Debbie Harry also quietly slipped into a number of acting roles, going by the name “Deborah Harry.”

By the 1990’s, Debbie Harry had appeared in a number of films, including Hairspray (1988) and Six Ways to Sunday (1997), but her devotion to the music scene was not over yet. She released Debravation in 1993 and began touring with Jazz Passengers, before a reunion with Blondie occurred at the dawn of the new millennium.  Blondie released No Exit, their first new album in seventeen years, and this time Debbie Harry enjoyed the success she had been hoping for. The Curse of the Blond followed in 2003, and 2007 saw another solo attempt from Harry with the release of Necessary Evil.  In 2008, Blondie embarked on a world tour and in the year following, Debbie Harry joined the Call Me Invincible tour alongside Pat Benatar.  2010 saw another tour from Blondie, this one focused on the UK, and Panic of Girls was released in the year following.

Debbie Harry has been listed by VH1 as the twelfth greatest woman of rock and roll and also ranks on the channel’s list of 100 Sexiest Artists. She continues to record and perform both as a solo artist and with the band Blondie. She appeared with Arcade Fire at the Coachella Valley Music and Arts Festival in 2014, and—most recently—she contributed vocals to the Future Island’s song “Shadows” which appears on the 2017 LP The Far Field.

For more information on booking Debbie Harry, please contact Booking Entertainment. One of our top booking agents will be happy to work on your behalf to get you the best possible price to book any big name entertainer for your upcoming public, private or corporate event worldwide.

Booking Entertainment works to get the best possible Debbie Harry booking fee and Debbie Harry price for our clients while also providing the celebrity or famous entertainer with the level of professionalism and industry norms that they expect from an event run by a professional booking agency and production management.

Booking Entertainment uses our agency / management relationships and over 25 years of production experience to help buyers of headline / top name entertainers and does not claim or represent itself as the exclusive Debbie Harry agent, manager or management company for any of the artists on our site.

Booking Entertainment does not claim or represent itself as the exclusive booking agency, business manager, publicist, speakers bureau or management for Debbie Harry or any artists or celebrities on this website.