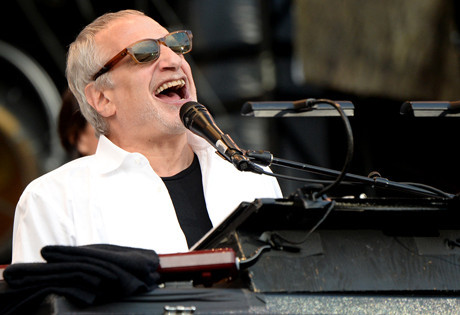 Start by filling out our no-obligation entertainment request form to check pricing and availability for Donald Fagan or whoever else you may want.

Our Donald Fagan agent will be happy to help you get Donald Fagan's availability and booking fee, or the price and availability for any other A-List entertainer, band, comedian or celebrity you may want for your corporate event, private party, wedding, birthday party or public show.

The American songwriter and singer Donald Fagen was born in 1948 in Passaic, New Jersey. Long before Fagen rose to fame as the lead singer for the legendary rock band Steely Dan, he grew up in the South Brunswick area of New Jersey. As a child, Fagen was highly influenced by his mother’s love of music; she had been a singer as a young woman, frequently performing in New York’s Catskill Mountain area. By the time he was a teenager, Donald was listening to R&B music, learning to play the piano, and harboring dreams of becoming a musician someday.

While studying English Literature in college, Donald Fagan began to perform with a number of different bands, until he responded to an advertisement for musicians in the Village Voice. Fagen met Walter Becker at the audition, and the duo established the earlier versions of what would eventually become Steely Dan, which rose to prominence in the 1970’s and then later again in the new millennium. As a member of Steely Dan, Donald Fagen earned multiple Grammy Awards for the group’s album Two Against Nature (2000), but it was during the group’s hiatus in the early 1980’s that Donald Fagen launched his own solo career.

Fagen released his debut album, The Nightfly, in 1981. On the strength of the hit song, “I.G.Y. (What a Beautiful World,” The Nightfly reached into the top twenty on the mainstream album charts and rose to platinum status. The album also featured the song “New Frontier” and earned Fagen multiple Grammy nominations, including one for Album of the Year. Since that time, Donald Fagen has released the additional albums Kamakiriad (1993) and Morph the Cat (2006.) He has also collaborated with such notable musicians and groups as: Poco, Rickie Lee Jones, Diana Ross, and the Yellowjackets. He also recorded the song “Century’s End” for the film Bright Lights, Big City (1988) and “Blue Lou” for Glengarry Glen Ross (1992.)

Donald Fagen continues to perform and record. His most recent album, Sunken Condos, arrived in 2012.

For more information on booking Donald Fagan, please contact Booking Entertainment. One of our top booking agents will be happy to work on your behalf to get you the best possible price to book any big name entertainer for your upcoming public, private or corporate event worldwide.

Booking Entertainment works to get the best possible Donald Fagan booking fee and Donald Fagan price for our clients while also providing the celebrity or famous entertainer with the level of professionalism and industry norms that they expect from an event run by a professional booking agency and production management.

Booking Entertainment uses our agency / management relationships and over 25 years of production experience to help buyers of headline / top name entertainers and does not claim or represent itself as the exclusive Donald Fagan agent, manager or management company for any of the artists on our site.

Booking Entertainment does not claim or represent itself as the exclusive booking agency, business manager, publicist, speakers bureau or management for Donald Fagan or any artists or celebrities on this website.