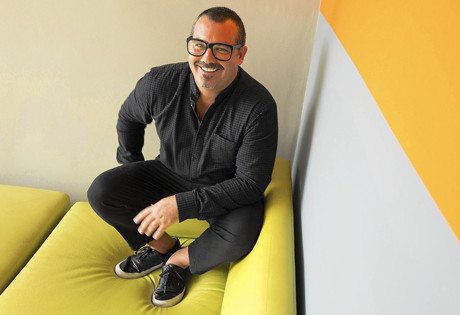 Start by filling out our no-obligation entertainment request form to check pricing and availability for Duncan Sheik or whoever else you may want.

Our Duncan Sheik agent will be happy to help you get Duncan Sheik's availability and booking fee, or the price and availability for any other A-List entertainer, band, comedian or celebrity you may want for your corporate event, private party, wedding, birthday party or public show.

Duncan Sheik was born in 1969 in New Jersey, and spent his formative years in Montclair and also Hilton Head, South Carolina, where his grandmother encouraged him to learn to play the piano. Following his university studies, Sheik moved to California and began performing around locally, finding work as a studio musician and occasional performer.

It wasn’t until the mid 1990’s that he released his debut album, Duncan Sheik, which spawned “Barely Breathing,” a chart-topping hit which not only remained on the charts for more than a year, but also earned Duncan Sheik a Best Male Pop Vocal Performance Grammy nomination. Since his auspicious career beginning, Duncan Sheik has released a number of successful albums, including: Humming (1998), Phantom Moon (2001), Daylight (2002), White Limousine (2006), Whisper House (2009), and Covers 80’s (2011.)

After the success of “Barely Breathing,” (which has found its way onto hit television shows such as Glee and Girls), Sheik also began providing a number of single tracks for a variety of films and television shows, including “Reasons for Living” (ER); “In the Absence of Sun” (The Saint); “Wishful Thinking” (Great Expectations); “Alibi” (Teaching Mrs. Tingle); “View from the Other Side” (Friends); “Now or Never” (Boys and Girls); “On a High” (Birds of Prey); “Half Life” (What a Girl Wants); “I Am a Pilgrim” (Transamerica); and “Mama Who Bore Me” (90210.) Duncan Sheik has also created music for the New York Shakespeare Festival (for Twelfth Night, in 2002), and composed film scores for a number of movies and plays, including Through the Fire, Spring Awakening, and A Home at the End of the World. An active and practicing Buddhist, Sheik also contributed to Songs for Tibet: The Art of Peace (2008.)

Most recently, Duncan Sheik composed music for the Broadway adaptations of Alice’s Adventures in Wonderland (2012), and he is currently working on music for the musical American Psycho. Sheik continues to perform and record.

For more information on booking Duncan Sheik, please contact Booking Entertainment. One of our top booking agents will be happy to work on your behalf to get you the best possible price to book any big name entertainer for your upcoming public, private or corporate event worldwide.

Booking Entertainment works to get the best possible Duncan Sheik booking fee and Duncan Sheik price for our clients while also providing the celebrity or famous entertainer with the level of professionalism and industry norms that they expect from an event run by a professional booking agency and production management.

Booking Entertainment uses our agency / management relationships and over 25 years of production experience to help buyers of headline / top name entertainers and does not claim or represent itself as the exclusive Duncan Sheik agent, manager or management company for any of the artists on our site.

Booking Entertainment does not claim or represent itself as the exclusive booking agency, business manager, publicist, speakers bureau or management for Duncan Sheik or any artists or celebrities on this website.