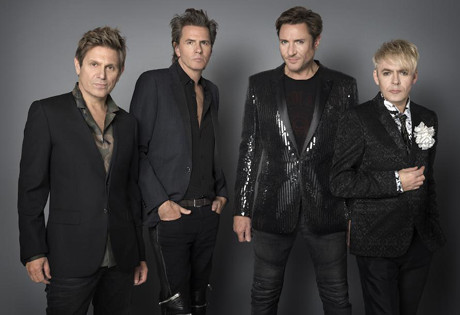 Start by filling out our no-obligation entertainment request form to check pricing and availability for Duran Duran or whoever else you may want.

Our Duran Duran agent will be happy to help you get Duran Duran's availability and booking fee, or the price and availability for any other A-List entertainer, band, comedian or celebrity you may want for your corporate event, private party, wedding, birthday party or public show.

Drawing from the film Barbarella for their name, Duran Duran formed in 1978 in Birmingham, England, and went on to becoming one of the most iconic groups of the 1980’s. The group’s debut album, Duran Duran, released in 1981and sold more than 2.5 million copies, and gave audiences the hit singles “Planet Earth” and “Girls on Film.” Rio followed, and spawned “Hungry Like the World,” and “Is There Something I Should Know.”

But it was Seven and the Ragged Tiger (1984) that launched Duran Duran to superstardom, bringing them their first number one hit with “The Reflex.”  The following year, Duran Duran became the first group to write and record the theme to a James Bond movie, “A View to a Kill,” and have that single go to number one. The year 1985 brought Duran Duran’s final performance of the millennium, at the Live Aid concert in Philadelphia. They returned to the studio in 2001 and released their first album in sixteen years, Astronaut. Duran Duran followed up with a two-year tour, but found themselves without a guitarist when Andy Taylor left in 2006. Dom Brown, who had toured with the band previously, took his place.

In 2010, Duran Duran released All You Need Is Now via iTunes. The album which followed in 2011 to coincide with the thirtieth anniversary of “Planet Earth,” included additional tracks and special features.  "Mediterranea," "Other People's Lives," "Too Bad, You're Too Beautiful," "Diamond In The Mind," and "Return To Now” were included on the album.

Throughout their career, Duran Duran placed twenty-one singles on the United States charts and fourteen on the UK charts. They have sold more than 100 million records and earned the label “the prettiest boys in rock” for their dedication to fashion and image. They were also among the first bands of the 1980’s to embrace MTV and technology by shooting professional videos on genuine 35mm film, and utilizing large screen video technology at their live stadium shows.

Duran Duran continues to write, record, perform, and tour. The group’s most recent album, Paper Gods, arrived in 2015 and marked Duran Duran’s recent switch to Warner Bros. Records. The album’s first single, “Pressure Off,” was released a few months prior.

For more information on booking Duran Duran, please contact Booking Entertainment. One of our top booking agents will be happy to work on your behalf to get you the best possible price to book any big name entertainer for your upcoming public, private or corporate event worldwide.

Booking Entertainment works to get the best possible Duran Duran booking fee and Duran Duran price for our clients while also providing the celebrity or famous entertainer with the level of professionalism and industry norms that they expect from an event run by a professional booking agency and production management.

Booking Entertainment uses our agency / management relationships and over 25 years of production experience to help buyers of headline / top name entertainers and does not claim or represent itself as the exclusive Duran Duran agent, manager or management company for any of the artists on our site.

Booking Entertainment does not claim or represent itself as the exclusive booking agency, business manager, publicist, speakers bureau or management for Duran Duran or any artists or celebrities on this website.