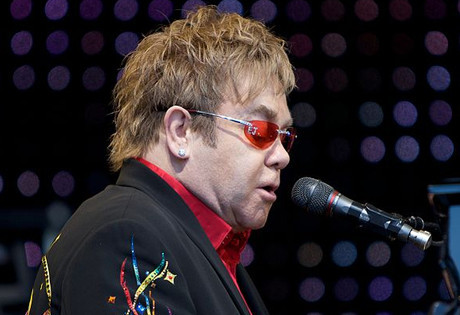 Start by filling out our no-obligation entertainment request form to check pricing and availability for Elton John or whoever else you may want.

Our Elton John agent will be happy to help you get Elton John's availability and booking fee, or the price and availability for any other A-List entertainer, band, comedian or celebrity you may want for your corporate event, private party, wedding, birthday party or public show.

Elton John began his career as a staff songwriter for the DJM label, alongside his friend and co-writer Bernie Taupin. John’s 1969 debut album, Empty Sky, was followed by his breakthrough self-titled album in 1970. Between 1970 and 1976, Elton John released a staggering seven smash-hit albums, but it was Captain Fantastic and the Brown Dirt Cowboy to garner Elton John a number one spot on the charts.

The 1980’s brought Elton John to film, where he collaborated with Tim Rice on The Lion King, earning him a Best Male Pop Grammy and his first Academy Award. Since, Elton John has branched out to Broadway, working on the smash hit Aida, again with Rice.

The loss of his close friends Gianni Versace and Princess Diana clouded the late 1990’s for Elton John. His tribute to Diana, “Candle in the Wind,” is a bittersweet achievement, selling more than 33 million copies after his performance of the adapted piece at her funeral.

Elton John’s catalogue of music comprises ninety singles and thirty-two albums, reaching a staggering 500 tracks in total. The entire collection became legally available for download in 2007, the same year in which Elton John celebrated his 60th birthday. To commemorate the event, Elton performed a concert at Madison Square Garden in New York City.

Her Majesty Queen Elizabeth II knighted Elton John in 1998 in recognition of his “services to music” and charitable contributions, an arena in which his endeavors are equally as impressive as his contributions to music.

Elton John has been an avid supporter of a variety of non-profit endeavors, most notably those that benefit and support the LGBT community. The Elton John AIDS Foundation was established in 1992 to finance programs to combat the disease, and also promote education to eliminate the prejudice and discrimination against HIV/AIDS-affected individuals.

Elton John also joined Cyndi Lauper in April of 2010 for the launch of her Give a Damn campaign, in an effort to bring support for those in the LGBT community suffering from discrimination and to increase awareness. ]

Elton John continues to write, record, tour, and occasionally contribute to The Guardian as a columnist.

For more information on booking Elton John, please contact Booking Entertainment. One of our top booking agents will be happy to work on your behalf to get you the best possible price to book any big name entertainer for your upcoming public, private or corporate event worldwide.

Booking Entertainment works to get the best possible Elton John booking fee and Elton John price for our clients while also providing the celebrity or famous entertainer with the level of professionalism and industry norms that they expect from an event run by a professional booking agency and production management.

Booking Entertainment uses our agency / management relationships and over 25 years of production experience to help buyers of headline / top name entertainers and does not claim or represent itself as the exclusive Elton John agent, manager or management company for any of the artists on our site.

Booking Entertainment does not claim or represent itself as the exclusive booking agency, business manager, publicist, speakers bureau or management for Elton John or any artists or celebrities on this website.