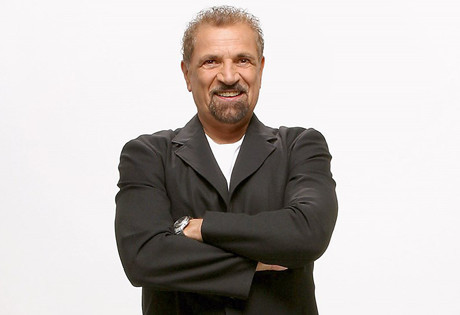 Start by filling out our no-obligation entertainment request form to check pricing and availability for Felix Cavaliere's Rascals or whoever else you may want.

Felix Cavaliere was born in 1942 in Pelham, New York. As a child, his mother pushed Felix to learn to play the piano, and he began with lessons at the age of six. When he was fourteen, his mother passed away, and Felix’s piano style shifted from classical, as she’d intended, to more blues and rock, emulating Ray Charles and other performers like him. When he was in high school, Felix Cavaliere formed his first band, the Stereos, and began to sing in addition to playing the Hammond organ.

Felix Cavaliere began his university studies, but abandoned them after two years to pursue his love of music. After forming the Escorts, Felix moved to New York City and began working as a backup singer, before forming the Young Rascals in 1965, alongside Eddie Brigati, Dino Danelli, and Gene Cornish. Before the year ended, they’d secured a record deal and began releasing hit singles.  Songs like

"Good Lovin'," "Groovin'," "A Girl Like You," "A Beautiful Morning," and "People Got to Be Free" put them on the charts and they released Freedom Suite, a double album, in 1969. The Rascals continued to release records until Island of Real, in 1972, after which the group disbanded.

Felix Cavaliere embarked on a solo career immediately after, with his debut, Felix Cavaliere, releasing in 1974. The albums Destiny (1975), Treasure (1977), Castles in the Air (1979), and Dreams in Motion (1994) brought audiences the singles “A High Price to Pay/Mountain Man,” “Everlasting Love/ Future Train,” "Never Felt Love Before/Love Came,” “Innocent Eyes/Turn Yourself Around,” "Castles In The Air/Outside Your Window,” "Only A Lonely Heart Sees/You Turned me Around,” and "Good To Have Love Back/Dancin' The Night Away.”

For more information on booking Felix Cavaliere's Rascals, please contact Booking Entertainment. One of our top booking agents will be happy to work on your behalf to get you the best possible price to book any big name entertainer for your upcoming public, private or corporate event worldwide.

Booking Entertainment uses our agency / management relationships and over 25 years of production experience to help buyers of headline / top name entertainers and does not claim or represent itself as the exclusive Felix Cavaliere's Rascals agent, manager or management company for any of the artists on our site.

Booking Entertainment does not claim or represent itself as the exclusive booking agency, business manager, publicist, speakers bureau or management for Felix Cavaliere's Rascals or any artists or celebrities on this website.