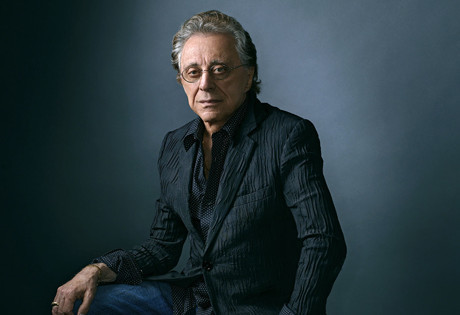 Start by filling out our no-obligation entertainment request form to check pricing and availability for Frankie Valli or whoever else you may want.

Our Frankie Valli agent will be happy to help you get Frankie Valli's availability and booking fee, or the price and availability for any other A-List entertainer, band, comedian or celebrity you may want for your corporate event, private party, wedding, birthday party or public show.

One of the very biggest rock & roll groups of the 1960s, Frankie Valli and The Four Seasons is most recognized by the unique falsetto vocals of their lead singer, Frankie Valli himself.  Their intricate harmonies, Italian-American doo-wop styles, and R&B influence led to a stellar career and iconic collection of hits for the decade.

Frankie Valli & The Four Seasons hit the Top 10 thirteen times, with hits like “Big Girls Don’t cry,” “Rag Doll,” Let’s Hang On,” and “Sherry,” between 1962 and 1967. Although Frankie Valli had experienced some solo success in 1956 with “Apple of my Eye,” it wasn’t until Bob Crewe, a Philadelphia producer, began working with Frankie Valli and The Four Seasons in 1962 that the biggest hits of the 1960’s were produced for the band. The group embarked on a more sophisticated and dramatic production in 1964, and that year they had some of their biggest hits. "Rag Doll," "Save It for Me," "Dawn," "Ronnie," and "Big Man in Town" were all notable achievements that year. Singles like "Working My Way Back to You," “Let’s Hang On,” "Opus 17," "Marianne," "I've Got You Under My Skin," and "Beggin',” were also all hits. Frankie Valli also launched a solo career in the late 60’s with his number two single, “Can’t Take My Eyes Off You,” although The Four Seasons briefly returned to the charts in the 70’s with “Who Loves You.”

Today, Frankie Valli and the Four Seasons continue to perform and record. The popularity of the Broadway musical Jersey Boys, inspired by the true story of the group’s rise to fame, has helped tremendously in the recent resurgence of popularity for the group. The group recently released the album ‘Tis the Seasons (2016) and spent most of 2016 through 2017 touring the United States, performing at venues in Nevada, Arizona, Pennsylvania, and many other states. In total so far, Frankie Valli and The Four Seasons have sold 175 million records worldwide and are one of the best-selling vocal groups in history.

For more information on booking Frankie Valli, please contact Booking Entertainment. One of our top booking agents will be happy to work on your behalf to get you the best possible price to book any big name entertainer for your upcoming public, private or corporate event worldwide.

Booking Entertainment works to get the best possible Frankie Valli booking fee and Frankie Valli price for our clients while also providing the celebrity or famous entertainer with the level of professionalism and industry norms that they expect from an event run by a professional booking agency and production management.

Booking Entertainment uses our agency / management relationships and over 25 years of production experience to help buyers of headline / top name entertainers and does not claim or represent itself as the exclusive Frankie Valli agent, manager or management company for any of the artists on our site.

Booking Entertainment does not claim or represent itself as the exclusive booking agency, business manager, publicist, speakers bureau or management for Frankie Valli or any artists or celebrities on this website.