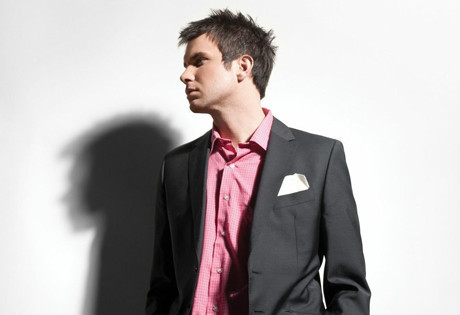 Start by filling out our no-obligation entertainment request form to check pricing and availability for Howie Day or whoever else you may want.

Our Howie Day agent will be happy to help you get Howie Day's availability and booking fee, or the price and availability for any other A-List entertainer, band, comedian or celebrity you may want for your corporate event, private party, wedding, birthday party or public show.

Howie Day was born in 1981 and raised in Brewer, Maine. As a young child, he showed an early aptitude for music; at only the age of five he began playing the piano by ear. His mother enrolled him in piano lessons, and at the age of thirteen, Howie began to play guitar as well. He began playing in local venues and with a local band, until a booking agent spotted him and took over as his manager.

Howie Day’s first demo contained a selection of cover songs, coupled with two original tracks, "Lick My Lips" and "Buzzing." Day followed up in 1988 with another demo that nixed the cover songs and focused only on his original music. Howie’s first release, Australia (2000), was launched independently, although the lack of support from a major label never hindered Day’s ability to secure performing gigs; he opened up for everyone from Tori Amos to David Gray to Remy Zero for a number of years, and build a solid fan base largely through word of mouth.

Eventually, Sony signed Howie Day and re-released Australia in 2002. The album did well commercially, on the strength of hits such as " Ghost" and "Sorry, So Sorry." Stop All the World Now followed in 2003, and was an even bigger hit. The single "Collide," in particular, expanded Howie Day’s exposure significantly, when it was featured in a number of television shows, including One Tree Hill and Grey’s Anatomy, and used in the promotional trailer for Pride and Prejudice in 2005. An exhaustive touring schedule to further support the album began as well.

With Stop All the World Now rising on the charts, Howie Day released Live From… in 2005, featuring Day’s cover of "Don’t Dream It’s Over" (originally by Crowded House.) Sound the Alarm followed in 2009, and so did additional tour dates. Having toured for nearly five years prior to his album releases, and then for another three years after, Howie Day decided it was time to take a break before releasing Ceasefire in 2011, which features outtakes from Sound the Alarm. Day has plans for additional studio albums and tours in the future.

For more information on booking Howie Day, please contact Booking Entertainment. One of our top booking agents will be happy to work on your behalf to get you the best possible price to book any big name entertainer for your upcoming public, private or corporate event worldwide.

Booking Entertainment works to get the best possible Howie Day booking fee and Howie Day price for our clients while also providing the celebrity or famous entertainer with the level of professionalism and industry norms that they expect from an event run by a professional booking agency and production management.

Booking Entertainment uses our agency / management relationships and over 25 years of production experience to help buyers of headline / top name entertainers and does not claim or represent itself as the exclusive Howie Day agent, manager or management company for any of the artists on our site.

Booking Entertainment does not claim or represent itself as the exclusive booking agency, business manager, publicist, speakers bureau or management for Howie Day or any artists or celebrities on this website.