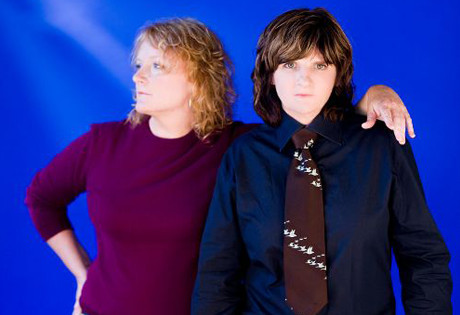 Start by filling out our no-obligation entertainment request form to check pricing and availability for Indigo Girls or whoever else you may want.

Our Indigo Girls agent will be happy to help you get Indigo Girls's availability and booking fee, or the price and availability for any other A-List entertainer, band, comedian or celebrity you may want for your corporate event, private party, wedding, birthday party or public show.

Indigo Girls Emily Saliers and Amy Ray met while still elementary school girls in Georgia. In middle school they began performing together, and while both were attending Emory University, they officially formed as the Indigo Girls and began plans for a debut album.

Strange Fire was released in 1987, and on the strength of its artistic quality, the Indigo Girls secured management with Russell Carter and signed with Epic. The Indigo Girls’ first major label release with the company was a self-titled album, and with chart-topping hits such as “Closer to Fine” and “Land of Canaan,” the Indigo Girls found themselves with a Grammy Award for Best Contemporary Folk Album.

In addition to their work together, both Indigo Girls pursue independent projects within and beyond the realm of music. Ray founded Daemon Records in 1990, and released six solo albums. Saliers co-owns a restaurant outside of Atlanta, Georgia, and has written a book with her father, a theology professor at Emory University: A Song to Sing, a Life to Live: Reflections on Music as Spiritual Practice.  Together, the Indigo Girls are political activists and strong supporters for LGBT rights, environmental causes, Native American rights, and efforts to abolish the death penalty.

The Indigo Girls continue to record, perform, and work together and independently to further the causes in which they believe so strongly.

For more information on booking Indigo Girls, please contact Booking Entertainment. One of our top booking agents will be happy to work on your behalf to get you the best possible price to book any big name entertainer for your upcoming public, private or corporate event worldwide.

Booking Entertainment works to get the best possible Indigo Girls booking fee and Indigo Girls price for our clients while also providing the celebrity or famous entertainer with the level of professionalism and industry norms that they expect from an event run by a professional booking agency and production management.

Booking Entertainment uses our agency / management relationships and over 25 years of production experience to help buyers of headline / top name entertainers and does not claim or represent itself as the exclusive Indigo Girls agent, manager or management company for any of the artists on our site.

Booking Entertainment does not claim or represent itself as the exclusive booking agency, business manager, publicist, speakers bureau or management for Indigo Girls or any artists or celebrities on this website.