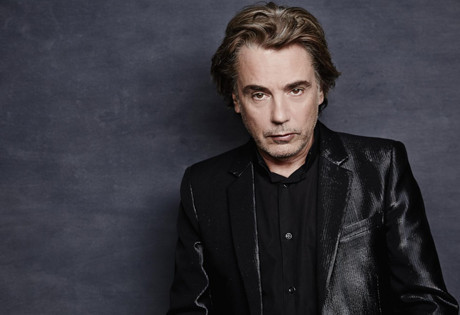 Start by filling out our no-obligation entertainment request form to check pricing and availability for Jean Michel Jarre or whoever else you may want.

Our Jean Michel Jarre agent will be happy to help you get Jean Michel Jarre's availability and booking fee, or the price and availability for any other A-List entertainer, band, comedian or celebrity you may want for your corporate event, private party, wedding, birthday party or public show.

The producer and performer Jean Michel Jarre was born in 1948 in France. When he was still fairly young, Jean Michel’s father left the family for America, and Jean Michel spent his formative years growing up with his mother and her parents in the Lyon area of France. Jarre began studying music while attending elementary school, focusing on classical piano and then later fell in love with jazz, all the while also studying the art of painting.

As a teenager, Jean Michel began performing with a number of different bands, and he learned to record his own compositions on equipment in his own home. His earliest release was La Cage/Erosmachine in 1969, recorded completely using synthesizers, and then in 1971 he began to compose for the ballet. In 1976, Jean Michel Jarre released his first full-length solo album, Oxygene, also recorded in what had now become a full-fledged home studio. Oxygene was a critical success, but struggled commercially at first. Eventually, however, the album rose to multi-platinum status many times over, breaking records in Jarre’s home country and throughout Europe.

Jean Michel’s recognitions for his work include the Personality of the Year Award from People Magazine in 1976; a UNESCO Goodwill Award in 1993; and multiple entries in the Guinness Book of World Records for his massive concerts, which continue to break records for their attendance. Jean Michel Jarre continues to compose and perform well into the new millennium, and appears in concert frequently throughout Europe and beyond.

For more information on booking Jean Michel Jarre, please contact Booking Entertainment. One of our top booking agents will be happy to work on your behalf to get you the best possible price to book any big name entertainer for your upcoming public, private or corporate event worldwide.

Booking Entertainment works to get the best possible Jean Michel Jarre booking fee and Jean Michel Jarre price for our clients while also providing the celebrity or famous entertainer with the level of professionalism and industry norms that they expect from an event run by a professional booking agency and production management.

Booking Entertainment uses our agency / management relationships and over 25 years of production experience to help buyers of headline / top name entertainers and does not claim or represent itself as the exclusive Jean Michel Jarre agent, manager or management company for any of the artists on our site.

Booking Entertainment does not claim or represent itself as the exclusive booking agency, business manager, publicist, speakers bureau or management for Jean Michel Jarre or any artists or celebrities on this website.