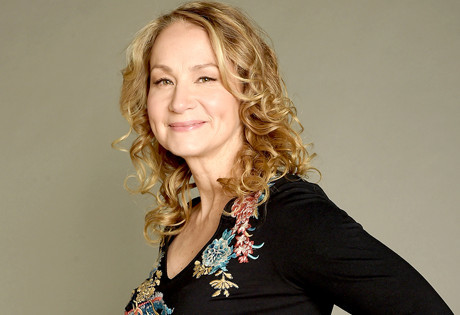 Start by filling out our no-obligation entertainment request form to check pricing and availability for Joan Osborne or whoever else you may want.

Our Joan Osborne agent will be happy to help you get Joan Osborne's availability and booking fee, or the price and availability for any other A-List entertainer, band, comedian or celebrity you may want for your corporate event, private party, wedding, birthday party or public show.

Joan Osborne was born in 1962 in the town of Anchorage, KY. Early on in her career, she moved to New York to form her own label in the late 1980’s, but eventually Osborn signed with Mercury to release her debut album, Soul Show, Live at Delta 88 (1991.) The album experienced moderate success, but it would be the album’s follow-up that would give Osborne her major breakthrough.

Joan Osborne’s next album, Relish, produced the smash track "One of Us" in 1995, occupying the number one spot on the U.S. singles chart for two weeks. Further tracks "Right Hand Man" and "St. Teresa" were minor hits following “One of Us,” but Joan Osborne still managed to connect with a large and appreciative audience, especially during Osborne’s involvement in the 1997 edition of Sarah McLachlan's Lilith Fair tour. Joan Osborne also received numerous Grammy nominations in both 1996 and 1997. ??

Joan Osborne’s interest in causes such as “Rock the Vote” led her to cover "I'm Just a Bill" as a duet with Isaac Hayes on the 1998 Schoolhouse Rocks the Vote! benefit album. Osborne also worked with music industry greats such as Stevie Wonder, Melissa Etheridge, Taj Mahal, Luciano Pavarotti, Spearhead, Bob Dylan, and the Chieftains. September 2000 marked the release of Joan Osborne's next studio album, Righteous Love. Osborne was also featured in the documentary film Standing in the Shadow of Motown in 2002 and toured with the Funk Brothers that same year. In 2003, after touring with the Dixie Chicks, Osborne released How Sweet It Is, a collection of covers that leaned heavily on classic soul and R&B tunes from the 1960s and '70s.

After performing on numerous occasions with Phil Lesh and Friends during 2005 and 2006, Joan Osborne released a country-tinged effort called Pretty Little Stranger. It was followed in 2007 by an appearance on the Grand Ole Opry in February, and the release of Osborne’s next album shortly after that, Breakfast in Bed, featuring covers of “Heatwave” and “What Becomes of the Brokenhearted.” Osborne’s next album, Little Wild One, was released in 2008, followed by Bring it on Home in 2012, which brought her a Grammy Award nomination for Best Blues Album.

Joan Osborne continues to perform and record. She is currently a member of the collaborative rock group Trigger Hippy with Black Crowes drummer Steve Gorman, singer/songwriter Will Kimbrough, singer/songwriter Jackie Greene and bassist Nick Govrick. The group released their debut album in 2014. Earlier that year, Osborne released her next solo album, Love and Hate.

For more information on booking Joan Osborne, please contact Booking Entertainment. One of our top booking agents will be happy to work on your behalf to get you the best possible price to book any big name entertainer for your upcoming public, private or corporate event worldwide.

Booking Entertainment works to get the best possible Joan Osborne booking fee and Joan Osborne price for our clients while also providing the celebrity or famous entertainer with the level of professionalism and industry norms that they expect from an event run by a professional booking agency and production management.

Booking Entertainment uses our agency / management relationships and over 25 years of production experience to help buyers of headline / top name entertainers and does not claim or represent itself as the exclusive Joan Osborne agent, manager or management company for any of the artists on our site.

Booking Entertainment does not claim or represent itself as the exclusive booking agency, business manager, publicist, speakers bureau or management for Joan Osborne or any artists or celebrities on this website.