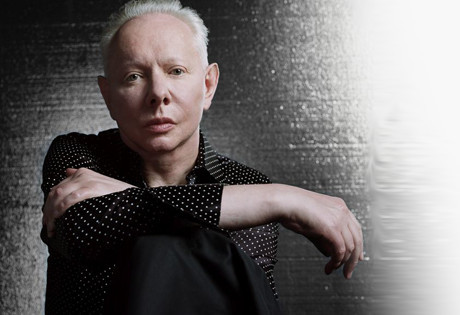 Start by filling out our no-obligation entertainment request form to check pricing and availability for Joe Jackson or whoever else you may want.

Our Joe Jackson agent will be happy to help you get Joe Jackson's availability and booking fee, or the price and availability for any other A-List entertainer, band, comedian or celebrity you may want for your corporate event, private party, wedding, birthday party or public show.

Musician Joe Jackson was born in 1954 in Burton-on-Trent, England. As a young child, he originally had aspirations to be a writer, but found music far more interesting.  He began studying music theory and music history, and then began piano lessons with the intention of pursuing composition. By the age of sixteen, he was writing songs that brought him into the pop and performance world, sometimes playing piano at local pubs around the neighborhood. A scholarship to London’s Royal Academy of Music opened the door to more formal study, and by the time his studies ended, he had established Arms and Legs, a band which released a few singles and lasted until the mid 1970’s.

Following the band’s breakup, Joe Jackson served as musical director and pianist for the Portsmouth Playboy Club, which earned him enough money to create an solid demo and form his own band, alongside musicians Graham Maby, Dave Houghton, and Gary Sanford. An American music producer saw the potential in the demo, and Joe Jackson found himself with a record contract. Look Sharp, his debut, was released in 1979. I’m the Man came next in 1980, followed by Beat Crazy, and then Night and Day.

Joe Jackson continues to perform and record. His latest album, Fast Forward, launched an extensive North American tour upon its release in 2015. In the following year, a number of Jackson’s earlier albums were re-mastered and then re-released.

For more information on booking Joe Jackson, please contact Booking Entertainment. One of our top booking agents will be happy to work on your behalf to get you the best possible price to book any big name entertainer for your upcoming public, private or corporate event worldwide.

Booking Entertainment works to get the best possible Joe Jackson booking fee and Joe Jackson price for our clients while also providing the celebrity or famous entertainer with the level of professionalism and industry norms that they expect from an event run by a professional booking agency and production management.

Booking Entertainment uses our agency / management relationships and over 25 years of production experience to help buyers of headline / top name entertainers and does not claim or represent itself as the exclusive Joe Jackson agent, manager or management company for any of the artists on our site.

Booking Entertainment does not claim or represent itself as the exclusive booking agency, business manager, publicist, speakers bureau or management for Joe Jackson or any artists or celebrities on this website.