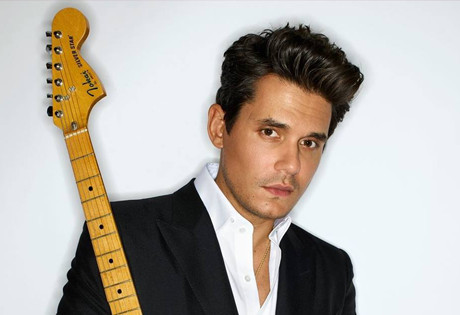 Start by filling out our no-obligation entertainment request form to check pricing and availability for John Mayer or whoever else you may want.

Our John Mayer agent will be happy to help you get John Mayer's availability and booking fee, or the price and availability for any other A-List entertainer, band, comedian or celebrity you may want for your corporate event, private party, wedding, birthday party or public show.

When John Mayer was only seventeen, he found himself hospitalized for a weekend, having suffered from an attack of cardiac dysrhythmia. The incident would become a turning point in his life, and Mayer’s first lyrics were written the very night he returned home from the hospital.

Born in 1977, John Mayer left his hometown of Fairfield, Connecticut, to attend the Berklee College of Music in Boston. It was there that he met his future band mate Clay Cook, and in 1977, John Mayer found himself in Atlanta, taking advantage of open-mic opportunities around town. But it was at Austin’s South by Southwest Music Festival that brought John Mayer to the attention of industry talent scouts, and Mayer soon found himself signed to Aware Records, a Columbia Records subsidiary. John Alagia, producer for Ben Folds Five and Dave Matthews Band, helped launch John Mayer’s debut album, Room for Squares, in 2000.

“Your Body Is A Wonderland” brought John Mayer the Grammy for Best Pop Vocal Performance in 2003, and Heavier Things later brought him Grammy recognition for the single “Daughters,” which also brought Mayer his first number one single. John Mayer then won Best Pop Vocal Album in 2007 for Continuum, and Best Male Pop Vocal Performance for “Waiting on the World to Change.” Mayer’s fourth studio album, Battle Studies, was released in 2009, followed by: Born and Raised (2012), Paradise Valley (2013), and The Search for Everything (2017.)

In addition to his achievements in music, John Mayer is an active supporter of a variety of nonprofit organizations and causes and, in 2002, he began the “Back To You” Fund to help support health care, education, and the arts. Mayer also participated in 2007 in the Live Earth project, to raise awareness for global warming. Other charities that have been supported by John Mayer include Inner City Arts, Toys for Tots, and the Los Angeles Mission.

In total, John Mayer has sold more than 20 million albums worldwide, 10 million of them in the US. He continues to write, record, tour, and support his favorite charities. Most recently, he teamed up with Bob Weir to form Dead & Company, alongside three former Grateful Dead musicians. The group has toured every year since its inception in 2015.

For more information on booking John Mayer, please contact Booking Entertainment. One of our top booking agents will be happy to work on your behalf to get you the best possible price to book any big name entertainer for your upcoming public, private or corporate event worldwide.

Booking Entertainment works to get the best possible John Mayer booking fee and John Mayer price for our clients while also providing the celebrity or famous entertainer with the level of professionalism and industry norms that they expect from an event run by a professional booking agency and production management.

Booking Entertainment uses our agency / management relationships and over 25 years of production experience to help buyers of headline / top name entertainers and does not claim or represent itself as the exclusive John Mayer agent, manager or management company for any of the artists on our site.

Booking Entertainment does not claim or represent itself as the exclusive booking agency, business manager, publicist, speakers bureau or management for John Mayer or any artists or celebrities on this website.