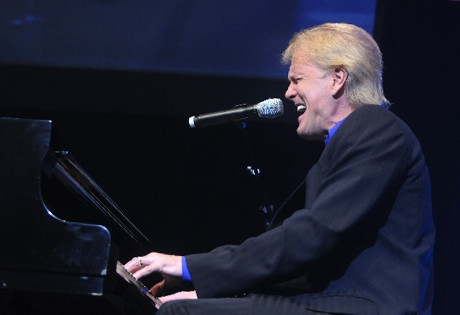 Start by filling out our no-obligation entertainment request form to check pricing and availability for John Tesh or whoever else you may want.

Our John Tesh agent will be happy to help you get John Tesh's availability and booking fee, or the price and availability for any other A-List entertainer, band, comedian or celebrity you may want for your corporate event, private party, wedding, birthday party or public show.

Musician John Tesh was born in 1952 on Long Island, New York. John showed signs of an early talent when he began playing piano at the age of six. By the time he was a teenager, he was performing locally with rock bands, although after graduating from North Carolina State University, his focus shifted gears and he found himself working in television, progressing all the way up to the anchor position at a CBS affiliate.

By the early 1980’s, John Tesh had earned a series of Emmy Awards for his sports coverage, which led to his position as host of Entertainment Tonight, the gig which would lead to his emergence as a household name. During this time, however, he continued to pursue his love of music, writing and preparing tracks for a debut album.

Tour de France dropped in 1988, and although critics were skeptical of his new age brand of music, the public disagreed. They loved it, and 1989’s Garden City expanded his fan base even more. Romantic Christmas followed in 1992, this time on John Tesh’s own record label, GTS. A series of highly successful albums followed: Monterey Nights (1993), Sax by the Fire (1994), and Live at Red Rocks (1995), and John Tesh made the leap to music as his full-time gig.

John Tesh’s extraordinary success has proved the critics wrong; there is indeed a demand for beautifully crafted, new age style orchestral and instrumental music, and Tesh has created the music perfect to fill it. Although he continues to perform and record, he has also in recent years shifted his focus; he and wife Connie Sellecca now host the syndicated television show Intelligence for Your Life. The series provides tips and advice on a host of real-world challenges, including health and weight loss; diabetes and Alzheimer’s; home improvement and family; and employment and finance. The show appears on nearly two hundred stations, and accompanies Tesh’s book, Intelligence for Your Life: Powerful Lessons for Personal Growth.

For more information on booking John Tesh, please contact Booking Entertainment. One of our top booking agents will be happy to work on your behalf to get you the best possible price to book any big name entertainer for your upcoming public, private or corporate event worldwide.

Booking Entertainment works to get the best possible John Tesh booking fee and John Tesh price for our clients while also providing the celebrity or famous entertainer with the level of professionalism and industry norms that they expect from an event run by a professional booking agency and production management.

Booking Entertainment uses our agency / management relationships and over 25 years of production experience to help buyers of headline / top name entertainers and does not claim or represent itself as the exclusive John Tesh agent, manager or management company for any of the artists on our site.

Booking Entertainment does not claim or represent itself as the exclusive booking agency, business manager, publicist, speakers bureau or management for John Tesh or any artists or celebrities on this website.