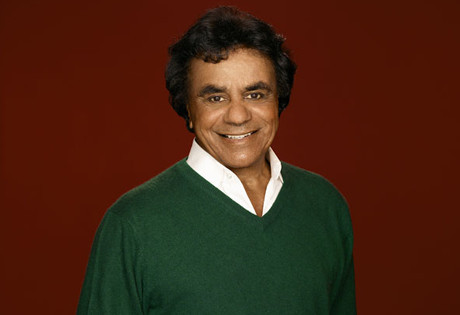 Start by filling out our no-obligation entertainment request form to check pricing and availability for Johnny Mathis or whoever else you may want.

Our Johnny Mathis agent will be happy to help you get Johnny Mathis's availability and booking fee, or the price and availability for any other A-List entertainer, band, comedian or celebrity you may want for your corporate event, private party, wedding, birthday party or public show.

Legendary singer Johnny Mathis was born in 1935 in Gilmer, Texas, but grew up in San Francisco, California. Johnny’s father, a vaudeville entertainer, encouraged Johnny’s obvious talent and interest in music, purchasing a used piano for him and encouraging him to learn to play it. Within a short amount of time, Johnny Mathis was performing around town at church functions and school events.

When Mathis was thirteen, he bartered with a voice teacher, exchanging lessons for housework. He studied with her until he was nearly twenty, and while in high school, started a band with another classmate. Upon graduation, however, he began attending San Francisco State, majoring not in music, but in education, with aspirations to become a teacher.

A classmate of Johnny’s brought the young Mathis into a nightclub one night for a jam session. The event became the turning point in Johnny Mathis’s life, when the manager of the club was so impressed with his singing that she offered to manage his career. Within a short while, Johnny was performing locally, until his new manager arranged for an A&R executive to visit the club. As legend goes, George Avakian sent a telegram back to Columbia Records, which read, “Have found phenomenal nineteen-year old boy who could go all the way.”

Columbia Records invited Johnny to record for them in New York, and Johnny Mathis: A New Sound in Popular Song, was released in 1956. The album’s jazz-oriented pieces produced some success, but not quite enough to rocket Johnny to stardom. With the help of a new music producer, Johnny Mathis shifted gears to a softer, more romantic sound, and began recording ballads. The songs recorded late in 1956 during these sessions would go on to become some of his most iconic singles: "Wonderful, Wonderful" and "It's Not For Me To Say."

To further help promote his budding talent, Johnny Mathis began to perform music in films for MGM. He appeared in Lizzie and A Certain Smile, playing the role of live performers. Within a short period of time, "Wonderful, Wonderful" and "It's Not For Me To Say" were followed by “Chances Are,” which became a first number one hit for Mathis in 1957.

To date, Johnny Mathis is one of the few artists to enjoy hits that reach across four decades. He has earned three Grammy nominations, the most recent of which was in 2006 for “Isn’t it Romantic.” Mathis was inducted into the Grammy Hall of Fame for “Chances Are” and “Misty,” and in 2003 he was awarded the Lifetime Achievement Award by the Academy of Recording Arts and Sciences. Now into his early eighties, Mathis shows no signs of slowing down. In 2016, he performed to a sold-out audience at the Central Florida retirement community, The Villages, and in 2017, he released his latest album—Johnny Mathis Sings the Great New American Song Book.

For more information on booking Johnny Mathis, please contact Booking Entertainment. One of our top booking agents will be happy to work on your behalf to get you the best possible price to book any big name entertainer for your upcoming public, private or corporate event worldwide.

Booking Entertainment works to get the best possible Johnny Mathis booking fee and Johnny Mathis price for our clients while also providing the celebrity or famous entertainer with the level of professionalism and industry norms that they expect from an event run by a professional booking agency and production management.

Booking Entertainment uses our agency / management relationships and over 25 years of production experience to help buyers of headline / top name entertainers and does not claim or represent itself as the exclusive Johnny Mathis agent, manager or management company for any of the artists on our site.

Booking Entertainment does not claim or represent itself as the exclusive booking agency, business manager, publicist, speakers bureau or management for Johnny Mathis or any artists or celebrities on this website.