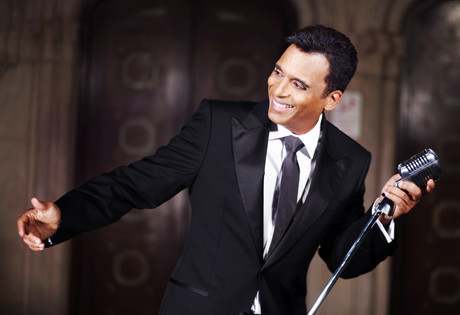 Start by filling out our no-obligation entertainment request form to check pricing and availability for Jon Secada or whoever else you may want.

Our Jon Secada agent will be happy to help you get Jon Secada's availability and booking fee, or the price and availability for any other A-List entertainer, band, comedian or celebrity you may want for your corporate event, private party, wedding, birthday party or public show.

Jon Secada was born Juan Francisco Secada Ramirez in 1961 in Havana, Cuba. Secada grew up in Hialeah, Florida, having emigrated with his parents when he was twelve years old. Jon developed an interest in music while in middle school, and after graduating from high school he studied jazz at the University of Miami. After graduating with a Masters in Jazz Vocal Performance, Secada was offered a job as Gloria Estefan’s backup singer, an opportunity which launched his career.

Jon Secada worked for Estefan throughout the 1980’s and into the 1990’s, singing backup and also writing music with her. During a performance in 1991, Gloria offered Jon the opportunity to sing solo on stage, and his performance was well-received by the audience. After signing with EMI and legally changing his name from Juan to Jon, in 1992 Secada released his self-titled album, which was an immediate hit. Jon Secada rose to multi-platinum status, reaching into the top twenty on the mainstream charts and selling more than six million copies around the globe.

So far in his career, Jon Secada has sold twenty million albums worldwide and won two Grammy Awards. His next album, I’m Never Too Far Away, is scheduled for release sometime in the next year.

For more information on booking Jon Secada, please contact Booking Entertainment. One of our top booking agents will be happy to work on your behalf to get you the best possible price to book any big name entertainer for your upcoming public, private or corporate event worldwide.

Booking Entertainment works to get the best possible Jon Secada booking fee and Jon Secada price for our clients while also providing the celebrity or famous entertainer with the level of professionalism and industry norms that they expect from an event run by a professional booking agency and production management.

Booking Entertainment uses our agency / management relationships and over 25 years of production experience to help buyers of headline / top name entertainers and does not claim or represent itself as the exclusive Jon Secada agent, manager or management company for any of the artists on our site.

Booking Entertainment does not claim or represent itself as the exclusive booking agency, business manager, publicist, speakers bureau or management for Jon Secada or any artists or celebrities on this website.