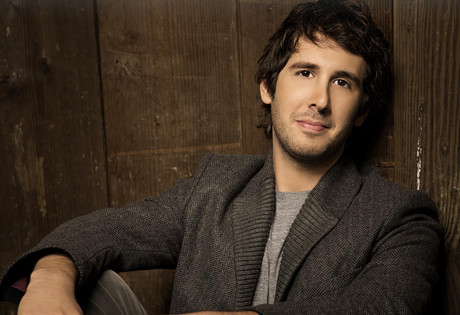 Start by filling out our no-obligation entertainment request form to check pricing and availability for Josh Groban or whoever else you may want.

Our Josh Groban agent will be happy to help you get Josh Groban's availability and booking fee, or the price and availability for any other A-List entertainer, band, comedian or celebrity you may want for your corporate event, private party, wedding, birthday party or public show.

Josh Groban was only seventeen when his vocal coach introduced him to David Foster, the Grammy-winning producer/arranger who would eventually employ Groban as a rehearsal singer and offer him a contract with Warner Bros. Records. But long before that fortuitous stroke of luck, Josh Groban spent his childhood studying and honing his talents, making his singing debut while still in fifth grade, when his music teacher chose him for a solo of “S’wonderful.”

Following graduation, Josh Groban attended the Interlochen Center for the Arts Camp in Michigan in the summers of 1997 and 1998, and was eventually admitted to Carnegie Mellon University. Groban intended to study drama, but things turned out differently; following his introduction to David Foster, and after performing “There For Me” with Sarah Brightman on her La Luna Tour, Josh Groban recorded “For Always” with Lara Fabian for the movie soundtrack to AI: Artificial Intelligence. The rest, as they say, is history.

Josh Groban’s debut, Josh Groban, was released in 2001, going double-platinum and selling more than two million copies. Closer followed in 2002, and within two months, the album found itself on the Billboard’s Top Ten list. In 2004, Josh Groban was nominated for more than a dozen awards, including a World Music Award, Academy Award, Grammy, and American Music Award. His first Grammy nomination was in 2005 for the single “You Raise Me Up.” His third studio album, Awake, was released in 2006. By 2007, with over 21 million records sold in the United States, Josh Groban was listed as the number one best selling artist in the country.

Since that time, Josh Groban has released the additional albums: Illuminations (2010), All That Echos (2013), and Stages (2015), each to critical acclaim and commercial success. In addition to his musical accomplishments, Josh Groban has performed for a number of charity events, including a solo on the recording of We Are The World 25 for Haiti. He established the Josh Groban Foundation to assist in funding for children’s healthcare, arts, and education. On October 21st, 2010, Josh Groban performed at The Angel Ball, to benefit the Gabrielles Angel Foundation for cancer research.

Josh Groban continues to perform and record. He most recently appeared on Broadway in the role of Pierre Bezukov in Natasha, Pierre & the Great Comet of 1812, earning a Tony Award nomination for Best Actor in a Musical.

For more information on booking Josh Groban, please contact Booking Entertainment. One of our top booking agents will be happy to work on your behalf to get you the best possible price to book any big name entertainer for your upcoming public, private or corporate event worldwide.

Booking Entertainment works to get the best possible Josh Groban booking fee and Josh Groban price for our clients while also providing the celebrity or famous entertainer with the level of professionalism and industry norms that they expect from an event run by a professional booking agency and production management.

Booking Entertainment uses our agency / management relationships and over 25 years of production experience to help buyers of headline / top name entertainers and does not claim or represent itself as the exclusive Josh Groban agent, manager or management company for any of the artists on our site.

Booking Entertainment does not claim or represent itself as the exclusive booking agency, business manager, publicist, speakers bureau or management for Josh Groban or any artists or celebrities on this website.