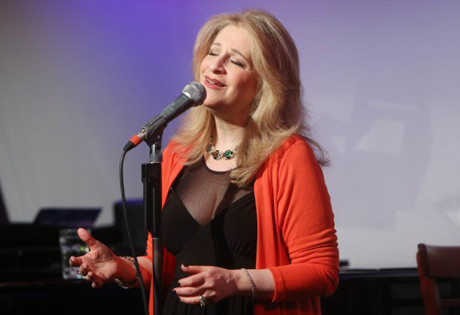 Start by filling out our no-obligation entertainment request form to check pricing and availability for Julie Budd or whoever else you may want.

Our Julie Budd agent will be happy to help you get Julie Budd's availability and booking fee, or the price and availability for any other A-List entertainer, band, comedian or celebrity you may want for your corporate event, private party, wedding, birthday party or public show.

Perhaps considered to be one of the most versatile singers today, Julie Budd has performed on television and in film, on stage and with symphonies, from New York to Las Vegas. Julie Budd’s career began at the young age of twelve, with a fortuitous meeting with noted orchestrator and producer Herb Bernstein. That meeting lead to one with Merv Griffin, who subsequently invited Julie Budd to appear on The Merv Griffin Show. Ultimately, she would go on to appear on the show more than one hundred times over its run.

Appearances on Entertainment Tonight and the Tonight Show followed, and Julie Budd even sang with performers such as Bob Hope, Frank Sinatra, and Liberace. Her own tour and her own show, including performances at some of the most world renowned venues – Israel’s Performing Arts Center, The London Palladium, and Lincoln Center – were to follow. Eager to branch beyond music, Julie Budd also began an impressive acting career, with notable performances in such plays as Neil Simon’s They’re Playing Our Song. She also appeared in the film The Devil and Max Devlin.

Today, Julie Budd is a favorite with many of the country’s best orchestras, including the Pittsburgh Symphony, the Kennedy Center’s National Symphony, and the Philadelphia Pops.  Some of her most notable CD releases include Pure Imagination (1997), If You Could See Me Now (2000), and The New Classics (2005.) She has also written a book about her experiences working in the entertainment industry as a child. She also recently released a commemorative album in tribute to Frank Sinatra, titled Remembering Mr. Sinatra. The album was released in 2015.

In addition to her stellar career, Julie Budd supports a number of charities, including Variety the Children’s Charity and the Muscular Dystrophy Association.

For more information on booking Julie Budd, please contact Booking Entertainment. One of our top booking agents will be happy to work on your behalf to get you the best possible price to book any big name entertainer for your upcoming public, private or corporate event worldwide.

Booking Entertainment works to get the best possible Julie Budd booking fee and Julie Budd price for our clients while also providing the celebrity or famous entertainer with the level of professionalism and industry norms that they expect from an event run by a professional booking agency and production management.

Booking Entertainment uses our agency / management relationships and over 25 years of production experience to help buyers of headline / top name entertainers and does not claim or represent itself as the exclusive Julie Budd agent, manager or management company for any of the artists on our site.

Booking Entertainment does not claim or represent itself as the exclusive booking agency, business manager, publicist, speakers bureau or management for Julie Budd or any artists or celebrities on this website.