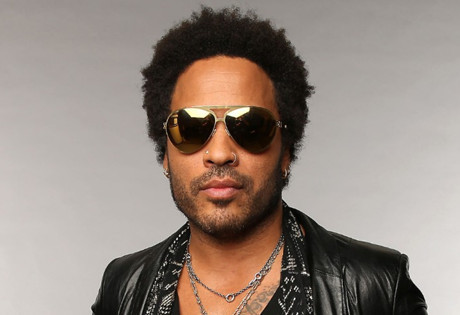 Start by filling out our no-obligation entertainment request form to check pricing and availability for Lenny Kravitz or whoever else you may want.

Our Lenny Kravitz agent will be happy to help you get Lenny Kravitz's availability and booking fee, or the price and availability for any other A-List entertainer, band, comedian or celebrity you may want for your corporate event, private party, wedding, birthday party or public show.

With Grammy wins four years in a row for “Best Male Rock Vocal Performance” between 1999 and 2002, Lenny Kravitz has confirmed that his blend of soul, funk, hard rock, reggae, and rock contribute to a sound that is undeniably a force to be reckoned with.

Born in 1964, Lenny Kravitz knew by the age of five that he wanted to be a musician. The son of Roxie Roker, best known for her portrayal of Helen Willis in the 1970’s TV show The Jeffersons, Kravitz had the good fortune to grow up in a household rich with music and art, and a mother who supported his dreams.

Lenny Kravitz joined the California Boys Choir and was a member for three years, and sang with the Metropolitan Opera. But it was in Los Angeles that Kravitz was finally introduced to rock, and it was a variety of musical influences, from Pink Floyd to Bob Marley, to Marvin Gaye, which would eventually contribute to the iconic sound he created.

His release of Mama Said gave Lenny Kravitz his first album to reach the Top 40, and “It Ain’t Over ‘Til It’s Over” went to number two on the Billboard Hot 100. Between 1991 and 1998 he dominated the charts, and with the album 5 Kravitz began to embrace digital technology to create an even more unique and extraordinary sound. The hit single “Fly Away” would end up finding a home not only on the charts, but also in car and airline commercials, bringing Lenny Kravitz into nearly every home in America.

Between 1999 and 2006, Lenny Kravitz racked up multiple Grammy Awards and released the albums Lenny (2001) and Baptism (2004), and toured in 2005 and 2006 with Aerosmith. In the mid 2000’s, Lenny Kravitz founded Kravitz Design, fulfilling a lifelong “second” dream to be a designer, and contributed designs to such notable companies as Swarovski.

Since 2007, Lenny Kravitz has continued to write, record, and perform, and he made his film debut in the movie Precious in 2009. Kravitz followed up with the role of Cinne in The Hunger Games, the adaptation of the highly successful teen novel.

For more information on booking Lenny Kravitz, please contact Booking Entertainment. One of our top booking agents will be happy to work on your behalf to get you the best possible price to book any big name entertainer for your upcoming public, private or corporate event worldwide.

Booking Entertainment works to get the best possible Lenny Kravitz booking fee and Lenny Kravitz price for our clients while also providing the celebrity or famous entertainer with the level of professionalism and industry norms that they expect from an event run by a professional booking agency and production management.

Booking Entertainment uses our agency / management relationships and over 25 years of production experience to help buyers of headline / top name entertainers and does not claim or represent itself as the exclusive Lenny Kravitz agent, manager or management company for any of the artists on our site.

Booking Entertainment does not claim or represent itself as the exclusive booking agency, business manager, publicist, speakers bureau or management for Lenny Kravitz or any artists or celebrities on this website.