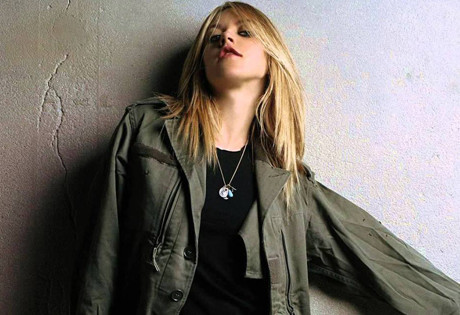 Start by filling out our no-obligation entertainment request form to check pricing and availability for Liz Phair or whoever else you may want.

Our Liz Phair agent will be happy to help you get Liz Phair's availability and booking fee, or the price and availability for any other A-List entertainer, band, comedian or celebrity you may want for your corporate event, private party, wedding, birthday party or public show.

Elizabeth Clark Phair was born 1967 in Connecticut. Largely associated now with adult contemporary music, Liz’s foray into music actually began as a member, if not driving force, of the early 1990’s “indie” rock movement in music. But long before her rise to prominence, her introduction to music began with a meeting with Chris Brokaw, a musician with the band Come. When Chris heard Liz’s music, he encouraged her to consider recording a demo. Liz’s first attempts were written under the Band Perry Girly Sound, and she soon found herself immersed in the Chicago alternative music scene.

Liz Phair eventually made contact with Gerard Cosloy, of Matador Records, and he agreed to listen to a tape. An agreement followed, and Exile in Guyville became Liz Phair’s debut, released in 1993. The album was highly acclaimed, and so Liz Phair began immediate work on her sophomore album, which hit the charts with the single “Supernova.” Whip-Smart eventually rose into the Top 40 and certified gold, and Liz found herself with significant airplay on both radio and MTV.

Additional albums followed, including Whitechocolatespaceegg (1998), Liz Phair (2003), and Somebody’s Miracle (2005), with hit singles like “Turning Japanese” and “Polyester Bride.” In 2008, Liz Phair switched labels to ATO Records, and re-released Exile in Guyville on CD, but also in digital format and on vinyl. Three additional songs were added to the album, including an instrumental, “Say You,” and “Ant in Alaksa.” In 2009, Phair released the single “Faith and Tenderness,” and Funstyle was released in 2010.

Today, Liz Phair continues to branch out with music endeavors beyond writing and recording her own albums. She began writing for television and film in the late 2000’s, including music for Swingtown, 90210, In Plain Sight, and The Weber Show. In 2012, she composed for the film People Like Us. Most recently, Phair announced that she has returned to the studio to prepare for her next studio album, expected sometime in 2018.

Liz Phair’s achievements include so far selling nearly three million records and a host of recognitions and awards. She has been thus far nominated for two Grammies, for the singles “Supernova” and “Don’t have Time,” both for Best Female Rock Vocal Performance, in 1995 and 1996. She has also earned two ASCAP awards for Top Television Composer.

For more information on booking Liz Phair, please contact Booking Entertainment. One of our top booking agents will be happy to work on your behalf to get you the best possible price to book any big name entertainer for your upcoming public, private or corporate event worldwide.

Booking Entertainment works to get the best possible Liz Phair booking fee and Liz Phair price for our clients while also providing the celebrity or famous entertainer with the level of professionalism and industry norms that they expect from an event run by a professional booking agency and production management.

Booking Entertainment uses our agency / management relationships and over 25 years of production experience to help buyers of headline / top name entertainers and does not claim or represent itself as the exclusive Liz Phair agent, manager or management company for any of the artists on our site.

Booking Entertainment does not claim or represent itself as the exclusive booking agency, business manager, publicist, speakers bureau or management for Liz Phair or any artists or celebrities on this website.