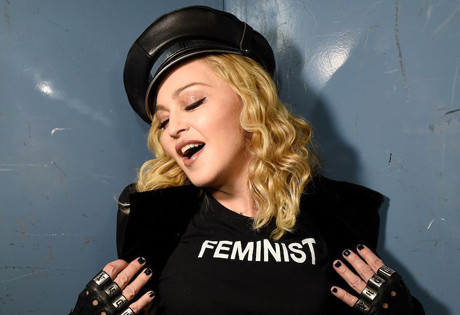 Start by filling out our no-obligation entertainment request form to check pricing and availability for Madonna or whoever else you may want.

Our Madonna agent will be happy to help you get Madonna's availability and booking fee, or the price and availability for any other A-List entertainer, band, comedian or celebrity you may want for your corporate event, private party, wedding, birthday party or public show.

Born in 1958 in Bay City, Michigan, Madonna Louise Ciccone burst onto the music scene in 1982 with the single “Everybody,” from her debut album, Madonna. Both the single and the album quickly rose on the charts and established Madonna as a superstar of the 1980’s.

Additional singles off the album, including “Material Girl” and “Dress You Up,” further solidified Madonna’s status. Chart-topping albums and singles followed throughout the next two decades: True Blue (1986), Like A Prayer (1989), The Immaculate Collection (1990), Something to Remember (1995), and Ray of Light (1999) gave audiences songs like "Crazy For You," "Live To Tell," "Papa Don't Preach," "Open Your Heart," "La Isla Bonita," "True Blue," "Live To Tell,” "Express Yourself," "Vogue," and "Beautiful Stranger."

In the new millennium, Madonna has continued to dazzle her fans with new material and ventures beyond music. In 2005, Madonna released Confessions On A Dance Floor, featuring the singles "Get Together," "Hung Up," and "Sorry.” Hard Candy followed in 2008, debuting at number one in countries around the world, and by the end of the millennium’s first decade, Madonna was firmly established as the best-selling artist for those ten years.

Beyond music, Madonna has forayed into a number of additional ventures, most notably in film. Following her film debuts in the 1980’s in works such as Vision Quest, Desperately Seeking Susan, and Dick Tracy, Madonna impressed critics and fans alike with her performance in the film Evita (1996.) The song “You Must Love Me,” performed by Madonna for the film, earned both a Golden Globe and Academy Award, and Madonna herself won a Golden Globe for her performance. In more recent years, Madonna wrote and produced the documentary film I Am Because We Are, chronicling the challenges faced by Malawians. In 2011, she directed the film W.E., a dramatization of the relationship between Wallis Simpson and King Edward VIII.

Madonna’s legacy has been profound; today she is regarded as the best-selling female rock artist of the century, ranking at number two on the Billboard Hot 100 All-Time Top Artists. Madonna continues to perform and record. Her latest albums (MDNA – 2012 and Rebel Heart – 2015) were accompanied by extensive tours which lasted well into 2016.

For more information on booking Madonna, please contact Booking Entertainment. One of our top booking agents will be happy to work on your behalf to get you the best possible price to book any big name entertainer for your upcoming public, private or corporate event worldwide.

Booking Entertainment works to get the best possible Madonna booking fee and Madonna price for our clients while also providing the celebrity or famous entertainer with the level of professionalism and industry norms that they expect from an event run by a professional booking agency and production management.

Booking Entertainment uses our agency / management relationships and over 25 years of production experience to help buyers of headline / top name entertainers and does not claim or represent itself as the exclusive Madonna agent, manager or management company for any of the artists on our site.

Booking Entertainment does not claim or represent itself as the exclusive booking agency, business manager, publicist, speakers bureau or management for Madonna or any artists or celebrities on this website.