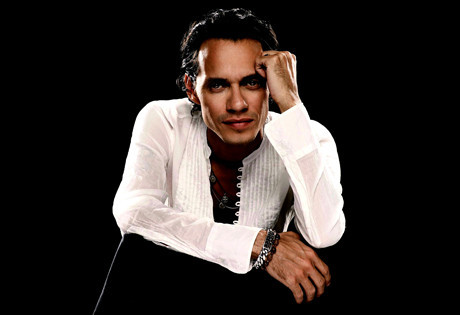 Start by filling out our no-obligation entertainment request form to check pricing and availability for Marc Anthony or whoever else you may want.

Our Marc Anthony agent will be happy to help you get Marc Anthony's availability and booking fee, or the price and availability for any other A-List entertainer, band, comedian or celebrity you may want for your corporate event, private party, wedding, birthday party or public show.

Marco Antonio Muniz was born in New York City in 1968. Marc’s Mexican parents named him after a famous Mexican singer, and Marc Anthony, as he would come to be called, grew up with musical influences all around him.  As a young man, Marc Anthony began working as a session vocalist and then as a backup singer and songwriter for Menudo and other pop acts.

Marc Anthony’s debut album, When the Night is Over, was released in 1991. That same year, he opened for Tito Puente and began to establish a fan following. His second album, Otra Nota (1993) brought Anthony back to his salsa roots and included the hit “Juego o Amor.” Todo Su Tiempo followed in 1995, and Marc Anthony found himself with a Billboard Award and Grammy nomination. On the strength of singles such as “Te Conozco Bien", "Hasta Ayer", "Nadie Como Ella", "Se Me Sigue Olvidando", "Te Amare", and "Llegaste A Mi,” the album went on to sell nearly a million copies and hit gold status.

Contra la Corriente followed, and in the late 1990’s, Marc Anthony sang with Jennifer Lopez on her album On the 6. The single, “No Me Ames,” was meant to assist Lopez to reach her crossover goals, but the exposure also helped to expand Marc Anthony’s own fan base. In 1999, with the help of producers such as Rodney Jerkins and Cory Rooney, Marc Anthony released a self-titled album in English, and it was a smash success. On the strength of singles such as “I Need to Know” and “You Sang To Me” (which was featured in the film Runaway Bride), the album charted at number eight and eventually went triple platinum. Marc Anthony also earned a Grammy nomination for “I Need to Know,” for Best Male Pop Vocal Performance.

In addition to his music career, Marc Anthony is also a talented actor who has appeared in many films. He began his acting career with supporting roles in films such as Hackers (1995) and The Substitute (1996), but he has also appeared on stage in The Capeman and played lead roles in films such as Man on Fire (2004), and El Cantante (2007), to critical acclaim for his performances.

For more information on booking Marc Anthony, please contact Booking Entertainment. One of our top booking agents will be happy to work on your behalf to get you the best possible price to book any big name entertainer for your upcoming public, private or corporate event worldwide.

Booking Entertainment works to get the best possible Marc Anthony booking fee and Marc Anthony price for our clients while also providing the celebrity or famous entertainer with the level of professionalism and industry norms that they expect from an event run by a professional booking agency and production management.

Booking Entertainment uses our agency / management relationships and over 25 years of production experience to help buyers of headline / top name entertainers and does not claim or represent itself as the exclusive Marc Anthony agent, manager or management company for any of the artists on our site.

Booking Entertainment does not claim or represent itself as the exclusive booking agency, business manager, publicist, speakers bureau or management for Marc Anthony or any artists or celebrities on this website.