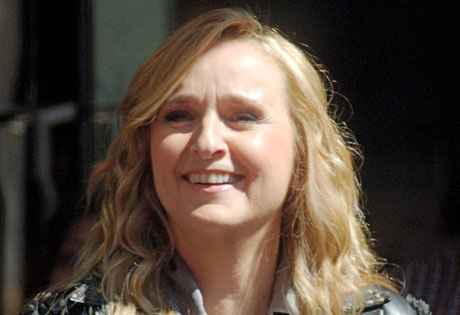 Start by filling out our no-obligation entertainment request form to check pricing and availability for Melissa Etheridge or whoever else you may want.

Our Melissa Etheridge agent will be happy to help you get Melissa Etheridge's availability and booking fee, or the price and availability for any other A-List entertainer, band, comedian or celebrity you may want for your corporate event, private party, wedding, birthday party or public show.

Legendary musician Melissa Etheridge was born in 1961 and grew up in Leavenworth, Kansas. Her love of music began in early childhood, having started playing guitar at the young age of eight, and by the time she was a teenager, she’d already begun to play in country music groups throughout the area. Etheridge opted for the Berklee College of Music in Boston for her studies after high school, but after only three semesters she abandoned that pursuit and opted instead for a risky move out to Los Angeles.

It was while playing in one of the local bars in Pasadena that Etheridge encountered her big break. A manager in the music business happened to spot her during an evening performance, and this discovery eventually lead to her publishing deal as a songwriter.  Around the same time, Melissa Etheridge prepped her self-titled debut album, which went on to become an underground hit, on the strength of the single “Bring Me Some Water,” which also garnered Etheridge a Grammy nomination in 1988.  Bidding wars for her contract ensued, and Melissa decided to sign with Island Records. Her path to stardom was solidified.

Brave and Crazy followed in 1989, and Never Enough after that in 1992, but it was Melissa Etheridge’s fourth release that would go on to be her biggest hit.  Yes I Am featured the hit singles “Come to My Window” and “I’m the Only One” and also served as a partial public “coming out” for Melissa Etheridge, who finally began granting interviews in which she openly discussed her sexual orientation. The album garnered Etheridge a Grammy for Best Female Rock Vocalist and sold six million copies in its first year.

A string of albums followed, including Your Little Secret (1995), Breakdown (1999), Skin (2001.) Melissa Etheridge released her autobiography in 2002, The Truth Is: My Life in Love and Music, and released another album, Lucky, two years later.  2005 saw a Greatest Hits album from Melissa Etheridge, and later that same year she also participated in a telethon in support of New Orleans’ recovery efforts following Hurricane Katrina. Etheridge supports a number of other charities, including ReAct Now, America’s Second Harvest, the Dream Foundation, and the Salvation Army. In 2006, Melissa Etheridge provided the single “I Need to Wake Up” for Al Gore’s documentary film An Inconvenient Truth, bringing her an Academy Award for Best Original Song.

Melissa Etheridge continues to perform and record, with no signs of slowing down. Recent albums include 4th Street Feeling (2012), This Is M.E. (2014), and A Little Bit of Me: Live in LA (2015), a live album recorded while Etheridge was on the This Is M.E. tour. Etheridge’s latest album, Memphis Rock and Soul, arrived in 2016.

For more information on booking Melissa Etheridge, please contact Booking Entertainment. One of our top booking agents will be happy to work on your behalf to get you the best possible price to book any big name entertainer for your upcoming public, private or corporate event worldwide.

Booking Entertainment works to get the best possible Melissa Etheridge booking fee and Melissa Etheridge price for our clients while also providing the celebrity or famous entertainer with the level of professionalism and industry norms that they expect from an event run by a professional booking agency and production management.

Booking Entertainment uses our agency / management relationships and over 25 years of production experience to help buyers of headline / top name entertainers and does not claim or represent itself as the exclusive Melissa Etheridge agent, manager or management company for any of the artists on our site.

Booking Entertainment does not claim or represent itself as the exclusive booking agency, business manager, publicist, speakers bureau or management for Melissa Etheridge or any artists or celebrities on this website.