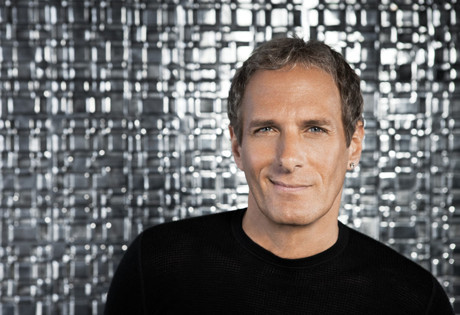 Start by filling out our no-obligation entertainment request form to check pricing and availability for Michael Bolton or whoever else you may want.

Our Michael Bolton agent will be happy to help you get Michael Bolton's availability and booking fee, or the price and availability for any other A-List entertainer, band, comedian or celebrity you may want for your corporate event, private party, wedding, birthday party or public show.

Michael Bolton’s breakthrough came when The Hunger, actually his third album, was released in 1987 and showcased the singer’s talent for not only original content, but also beautiful cover tributes, such as “(Sittin’ On) The Dock of the Bay.” His follow-up, Soul Provider (1989), rocketed him to superstardom, providing five Top Ten singles and selling four million copies, and securing Bolton as one of the era’s most notable vocalists.

“How Am I Supposed to Live Without You," was Soul Provider’s biggest hit, but "How Can We Be Lovers" and "When I'm Back on My Feet Again” were equally successful hits. The album, and the single “How Am I Supposed to Live Without You" earned Michael Bolton a Grammy Award for Best Male Pop Vocal Performance. Between 1991 and 2006, Michael Bolton released a string of albums and successful singles, including Time, Love & Tenderness, which was even more successful than Soul Provider, selling six million copies, and featuring the singles “When a Man Loves a Woman," and "Love Is a Wonderful Thing.” Other albums include: Timeless: The Classics, an album made up entirely of cover songs; The One Thing, which sold three million copies; Greatest Hits 1985-1995, which debuted in the Top Ten; This Is the Time: Christmas Album; All That Matters; My Secret Passion; Bolton Swings Sinatra, a tribute to Frank Sinatra; and Ain’t No Mountain High Enough – Tribute to Hitsville, in 2013.

Aside from his work as a performer, Bolton is a notable philanthropist; he founded his own charity (Michael Bolton Charities) to raise funds to combat a variety of social challenges, including poverty and abuse. To date, he has raised more then 3.7 million dollars. Bolton is also a board member for the National Mentoring Partnerships, and serves as national chairman for This Close for Cancer Research and Prevent Child Abuse America.

Michael Bolton continues to perform and record, and has accumulated numerous awards in recognition of his talents and charitable contributions, including the Martin Luther King Award and the Ellis Island Medal of Honor. So far, Bolton has had nine singles hit number one on either the Billboard or Adult Contemporary charts. His most recent album, Songs of Cinema, arrived in 2017.

For more information on booking Michael Bolton, please contact Booking Entertainment. One of our top booking agents will be happy to work on your behalf to get you the best possible price to book any big name entertainer for your upcoming public, private or corporate event worldwide.

Booking Entertainment works to get the best possible Michael Bolton booking fee and Michael Bolton price for our clients while also providing the celebrity or famous entertainer with the level of professionalism and industry norms that they expect from an event run by a professional booking agency and production management.

Booking Entertainment uses our agency / management relationships and over 25 years of production experience to help buyers of headline / top name entertainers and does not claim or represent itself as the exclusive Michael Bolton agent, manager or management company for any of the artists on our site.

Booking Entertainment does not claim or represent itself as the exclusive booking agency, business manager, publicist, speakers bureau or management for Michael Bolton or any artists or celebrities on this website.