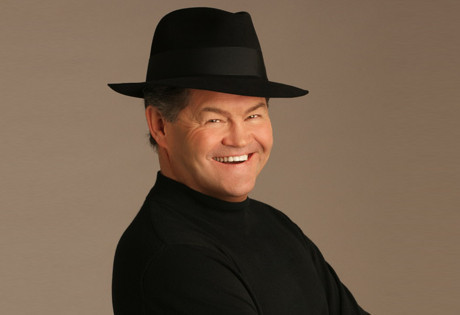 Start by filling out our no-obligation entertainment request form to check pricing and availability for Micky Dolenz or whoever else you may want.

Our Micky Dolenz agent will be happy to help you get Micky Dolenz's availability and booking fee, or the price and availability for any other A-List entertainer, band, comedian or celebrity you may want for your corporate event, private party, wedding, birthday party or public show.

Musician Micky Dolenz was born in 1945 and began a career in the entertainment industry while still a very young boy. At the age of eleven, he starred in Circus Boy, a children’s show which ran for thee years. He learned to play guitar and sing, and performed with a number of local bands in Los Angeles before being picked up as the drummer for the band The Monkees.

The audition for the Monkees drew hundreds of hopefuls who responded to the ad, but only four - Michael Nesmith, Peter Tork, Davy Jones, and Dolenz - were lucky enough to make the cut. “Last Train to Clarksville” was the single that launched the group, and a successful television series and a string of additional hits followed.  The Monkees (1966), More of the Monkees (1967), Headquarters (1967), and Pisces, Aquarius, Capricorn & Jones, Ltd (1967), with the hit singles “Daydream Believer” and “I’m a Believer,” hit the charts and reached gold status. The television series The Monkees maintained high ratings for two complete years.

Eventually, the Monkees disbanded, and Micky Dolenz embarked and a career as an actor, director, and musician. His television credits include Days of our Lives, The Drew Carey Show, and General Hospital, and he has directed episodes of Pacific Blue and Boy Meets World. A fortuitous turn of events brought the Monkees back to popularity for a new generation after MTV re-aired the series in 1986, and the group reunited for a new single, “That Was Then, This is Now,” a new album (Pool It!), a tour, and a reissuing of all their previous albums, to great success.

Micky Dolenz has continued to actively tour and perform. In addition to the occasional cameo in film and on television, Dolenz teamed up with his former Monkees members Peter Tork and Davy Jones for a 45th anniversary tour in 2011. After the untimely passing of Davy Jones in 2012, Tork and Dolenz reunited with Michael Nesmith to continue tours in 2012, 2013, and 2014. Most recently, Dolenz teamed up with Peter Noone to record An Evening with Peter Noone & Micky Dolenz, a spoken word album, in 2016.

For more information on booking Micky Dolenz, please contact Booking Entertainment. One of our top booking agents will be happy to work on your behalf to get you the best possible price to book any big name entertainer for your upcoming public, private or corporate event worldwide.

Booking Entertainment works to get the best possible Micky Dolenz booking fee and Micky Dolenz price for our clients while also providing the celebrity or famous entertainer with the level of professionalism and industry norms that they expect from an event run by a professional booking agency and production management.

Booking Entertainment uses our agency / management relationships and over 25 years of production experience to help buyers of headline / top name entertainers and does not claim or represent itself as the exclusive Micky Dolenz agent, manager or management company for any of the artists on our site.

Booking Entertainment does not claim or represent itself as the exclusive booking agency, business manager, publicist, speakers bureau or management for Micky Dolenz or any artists or celebrities on this website.