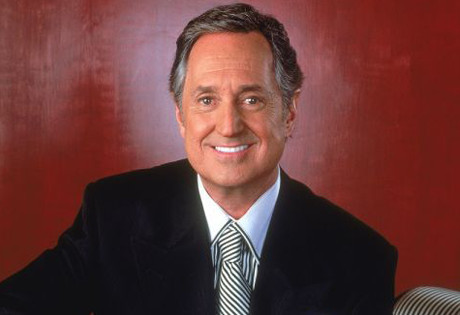 Start by filling out our no-obligation entertainment request form to check pricing and availability for Neil Sedaka or whoever else you may want.

Our Neil Sedaka agent will be happy to help you get Neil Sedaka's availability and booking fee, or the price and availability for any other A-List entertainer, band, comedian or celebrity you may want for your corporate event, private party, wedding, birthday party or public show.

Neil Sedaka was born in 1939 in Brooklyn, New York. As a child, he demonstrated a talent for music, and his working-class parents found the resources to purchase a second-hand piano so that he could begin lessons. The sacrifice paid off, and while still very young, Neil Sedaka earned a piano scholarship to the prestigious Julliard School of Music, in their prep division, designed to train young children for future careers as musicians.

Despite his parents desire that he pursue a career in classical music, Neil Sedaka discovered pop music and instead began to move in that direction. As a teenager, he met Howard Greenfield, and the two began to compose together. They crafted songs for Neil Sedaka’s budding music career, and also for dozens of other performers of the time.

Neil Sedaka formed a band with some high school classmates shortly after graduation, and The Tokens enjoyed some hits in the 1950’s: "While I Dream", "I Love My Baby", "Come Back, Joe", "Don't Go", and the smash hit “The Lion Sleeps Tonight.” Sedaka branched out with a solo career, and the moderately successful songs "Laura Lee", "Ring-a-Rockin'", and "Oh, Delilah!" earned him the recording contract he’d been hoping for.

Neil Sedaka’s recording contract ended in the mid 1980’s, but he continued with his own music publishing company to continue the re-releases of many of his classic albums as CDs.  In the new millennium, Neil Sedaka re-signed with Razor and Tie Records and released The Definitive Collection in 2007. It became one of the highest-charting albums of Sedaka’s career, entering the charts at number twenty-five. Waking Up is Hard to Do came next in 2009, and featured many of Neil Sedaka’s classic hits with new lyrics, geared toward young children. The Music of My Life followed in 2010, and featured all new material, including the singles “Right or Wrong,” “You,” and “Do You Remember.”

Neil Sedaka continues to perform and record. In 2016, he performed to a sold-out audience in the Florida retirement community known as The Villages. In the year prior, he was featured on Steve Tyrell’s 2015 album That Lovin’ Feeling; the two musicians sang a duet version of “Laughter in the Rain.”

For more information on booking Neil Sedaka, please contact Booking Entertainment. One of our top booking agents will be happy to work on your behalf to get you the best possible price to book any big name entertainer for your upcoming public, private or corporate event worldwide.

Booking Entertainment works to get the best possible Neil Sedaka booking fee and Neil Sedaka price for our clients while also providing the celebrity or famous entertainer with the level of professionalism and industry norms that they expect from an event run by a professional booking agency and production management.

Booking Entertainment uses our agency / management relationships and over 25 years of production experience to help buyers of headline / top name entertainers and does not claim or represent itself as the exclusive Neil Sedaka agent, manager or management company for any of the artists on our site.

Booking Entertainment does not claim or represent itself as the exclusive booking agency, business manager, publicist, speakers bureau or management for Neil Sedaka or any artists or celebrities on this website.