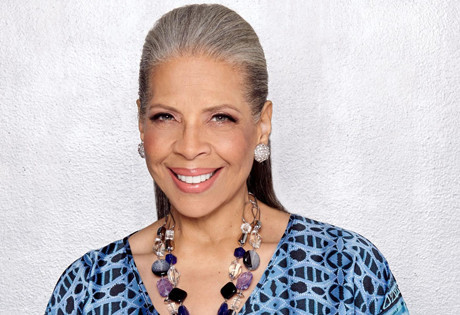 Start by filling out our no-obligation entertainment request form to check pricing and availability for Patti Austin or whoever else you may want.

Our Patti Austin agent will be happy to help you get Patti Austin's availability and booking fee, or the price and availability for any other A-List entertainer, band, comedian or celebrity you may want for your corporate event, private party, wedding, birthday party or public show.

The R&B singer Patti Austin was born in 1950 in Harlem, New York but grew up on Long Island. As a child, Patti was inspired by her father, who was a jazz musician, and so it was no surprise that even as a young child she expressed interest in following in his footsteps. But while it’s not unheard of for young children to enter the world of entertainment, Patti was a unique exception; she made her debut at the Apollo Theater when she was only four years old and by the time she was five she’d garnered the attention of Quincy Jones and RCA Records.

After signing with the label, Austin began a life-long career as a session and backup singer, eventually culminating in a solo career in the 1980’s which spawned more than twenty R&B hits. Patti’s debut began with the album End of a Rainbow in 1976, but it was the album Every Home Should Have On that put her on the map in 1981. Additional hit R&B and Jazz albums from Patti Austin include:  The Real Me (1988), Love is Gonna Getcha (1990), The Secret Place (1994), For Ella (2002), and Avant Gershwin (2007), which earned her a Grammy for Best Jazz Vocal album.

But it was her duets with James Ingram, most notably “Baby, Come to Me” and “How Do You Keep the Music Playing?,” that made Patti Austin’s voice highly recognizable to an entire generation. Patti continues to perform and record, and was recently featured in the hit documentary film, Twenty Feet From Stardom. Her fans were also delighted to hear recently that she is currently working on a collaborative duet album with – of course – James Ingram. The album is scheduled for release in 2015.

For more information on booking Patti Austin, please contact Booking Entertainment. One of our top booking agents will be happy to work on your behalf to get you the best possible price to book any big name entertainer for your upcoming public, private or corporate event worldwide.

Booking Entertainment works to get the best possible Patti Austin booking fee and Patti Austin price for our clients while also providing the celebrity or famous entertainer with the level of professionalism and industry norms that they expect from an event run by a professional booking agency and production management.

Booking Entertainment uses our agency / management relationships and over 25 years of production experience to help buyers of headline / top name entertainers and does not claim or represent itself as the exclusive Patti Austin agent, manager or management company for any of the artists on our site.

Booking Entertainment does not claim or represent itself as the exclusive booking agency, business manager, publicist, speakers bureau or management for Patti Austin or any artists or celebrities on this website.