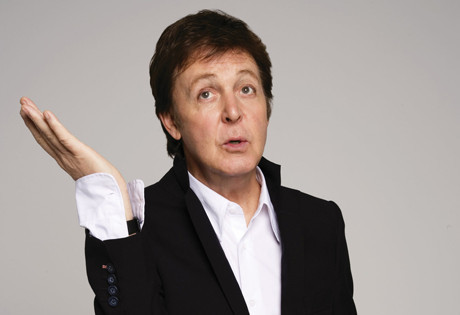 Start by filling out our no-obligation entertainment request form to check pricing and availability for Paul McCartney or whoever else you may want.

Our Paul McCartney agent will be happy to help you get Paul McCartney's availability and booking fee, or the price and availability for any other A-List entertainer, band, comedian or celebrity you may want for your corporate event, private party, wedding, birthday party or public show.

Paul McCartney has enjoyed the most successful career of all the former Beatles, dominating the charts throughout the 1970’s, 1980’s, 1990’s, and well into the new millennium.  His seven number one albums in the first twelve years of his solo career are just the tip of the iceberg.

McCartney was released in 1970, at about the same time the Beatles released Let It Be, and shortly thereafter, the band broke up. McCartney spent three weeks at the top of the charts; in 1971, “Another Day” marked Paul McCartney’s first hit single as a solo artist. Ram followed, an album which featured contributions from Linda, his wife, and in 1971, the two formed the band Wings. Wild Life, their first album, was released in December of 1971, and the McCartneys wrote and toured with Wings for most of the 1970’s and 1980’s.

Tug of War, released in 1982, was the most well-received album from Paul McCartney during this period, and the hit song “Ebony and Ivory,” sung with Stevie Wonder, became the biggest hit that Paul McCartney would enjoy in America. He followed up in 1983 by singing with Michael Jackson on “The Girl is Mine,” and Jackson reciprocated by singing with McCartney on “Say, Say, Say,” from Pipes of Peace. The single would be the most successful of Paul McCartney’s career.

Paul McCartney continues to enjoy a highly successful solo career well into the new millennium. Notable performances in recent years include a series of sold-out shows in New York in 2009; sold-out concerts at Yankee Stadium in 2011; a Mexico City concert to more than 100,000 people in 2012; closing the opening ceremonies of the 2012 Summer Olympics; and a show-stopping performance of “FourFiveSeconds” alongside Kanye West and Rihanna at the 2015 Grammy Awards. He also released the album Kisses on the Bottom in 2012 and then the album New in 2013.

Off the stage and out of the studio, Paul McCartney is an avid supporter of animal rights and the vegan lifestyle, and also various causes related to environmental conservation. In 2012 he joined the organization Artists Against Fracking, and more recently, the campaign Save the Arctic.

McCartney’s latest release, the album Pure McCartney, arrived in 2016. The extensive collection features some of McCartney’s greatest hits, both as a solo artist and with the Beatles. He also recently surprised movie goers with an appearance in the film Pirates of the Caribbean: Dead Men Tell No Tales, in 2017.

For more information on booking Paul McCartney, please contact Booking Entertainment. One of our top booking agents will be happy to work on your behalf to get you the best possible price to book any big name entertainer for your upcoming public, private or corporate event worldwide.

Booking Entertainment works to get the best possible Paul McCartney booking fee and Paul McCartney price for our clients while also providing the celebrity or famous entertainer with the level of professionalism and industry norms that they expect from an event run by a professional booking agency and production management.

Booking Entertainment uses our agency / management relationships and over 25 years of production experience to help buyers of headline / top name entertainers and does not claim or represent itself as the exclusive Paul McCartney agent, manager or management company for any of the artists on our site.

Booking Entertainment does not claim or represent itself as the exclusive booking agency, business manager, publicist, speakers bureau or management for Paul McCartney or any artists or celebrities on this website.