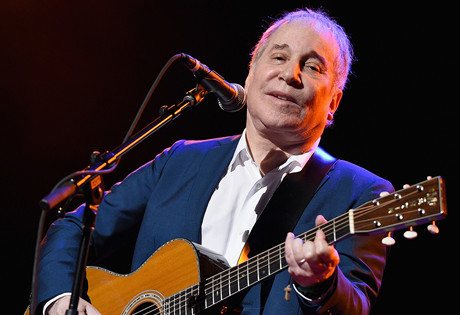 Start by filling out our no-obligation entertainment request form to check pricing and availability for Paul Simon or whoever else you may want.

Our Paul Simon agent will be happy to help you get Paul Simon's availability and booking fee, or the price and availability for any other A-List entertainer, band, comedian or celebrity you may want for your corporate event, private party, wedding, birthday party or public show.

Legendary singer and songwriter Paul Simon formed the duo Simon and Garfunkel in 1964 with childhood friend Art Garfunkel. The duo’s very first album, Wednesday Morning, 3 A.M (1964) brought audiences the smash hit “The Sound of Silence,” setting the stage for a partnership that would over the years bring audiences additional hits such as: “Mrs. Robinson,” “The Sound of Silence,” “Homeward Bound,” and “Bridge Over Troubled Water.”

A string of successful albums resulted from the duo’s collaboration: Parsley, Sage, Rosemary and Thyme, Sounds of Silence, Bookends, and perhaps their best known, Bridge Over Troubled Water. Paul Simon and Art Garfunkel also collaborated with director Mike Nichols on the soundtrack of The Graduate, producing the hit “Mrs. Robinson”.

As a solo artist, Paul Simon’s career showcased experimental, groundbreaking styles, including the Jamaican-inspired “Mother and Child Reunion” from his first self-titled album, Paul Simon, released in 1972. Other early solo hits include “Me and Julio Down by the Schoolyard,” also from the Paul Simon album and “Kodachrome,” “Loves Me Like a Rock,” “American Tune,” and “Something So Right” from Paul Simon’s second release, There Goes Rhymin’ Simon.

Paul Simon continued to experiment with musical styles and sounds with albums like: Live Rhymin’, Still Crazy After All These Years, One-Trick Pony, Hearts and Bones, and Graceland – his celebrated ablum featuring South African music – producing a string of hits, including: “Fifty Ways to Leave Your Lover,” “Slip Slidin’ Away,” “Late in the Evening,” and “You Can Call Me Al,” which had a humorous accompanying video featuring Chevy Chase. Paul Simon has worked with artists from around the world, including Ladysmith Black Mambazo, Los Lobos, and J.J. Cale. Simon also lent his vocal talents to the single “We Are the World” in 1985. The Rhythm of the Saints was released in 1989, followed by a stint on Broadway with the musical The Capeman, starring Marc Anthony, and the 2000 release You’re the One.

Paul Simon continues to write, record and perform music for a multitude of television, film and other events, and is one of the few artists that own the copyrights for his catalogue of work. In recent years, Paul Simon has released the albums So Beautiful or So What (2011) and Stranger to Stranger (2016), both accompanied by extensive international tours. Today, Paul Simon Ranks among Rolling Stone’s 100 Greatest Songwriters of All Time. As one of the most celebrated singer-songwriters of our time, Paul Simon’s additional honors include 12 Grammys (including the Lifetime Achievement Award), induction into the Rock and Roll Hall of Fame, and the Gershwin Prize for Popular Song.

For more information on booking Paul Simon, please contact Booking Entertainment. One of our top booking agents will be happy to work on your behalf to get you the best possible price to book any big name entertainer for your upcoming public, private or corporate event worldwide.

Booking Entertainment works to get the best possible Paul Simon booking fee and Paul Simon price for our clients while also providing the celebrity or famous entertainer with the level of professionalism and industry norms that they expect from an event run by a professional booking agency and production management.

Booking Entertainment uses our agency / management relationships and over 25 years of production experience to help buyers of headline / top name entertainers and does not claim or represent itself as the exclusive Paul Simon agent, manager or management company for any of the artists on our site.

Booking Entertainment does not claim or represent itself as the exclusive booking agency, business manager, publicist, speakers bureau or management for Paul Simon or any artists or celebrities on this website.