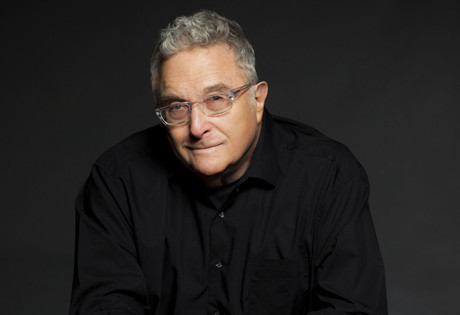 Start by filling out our no-obligation entertainment request form to check pricing and availability for Randy Newman or whoever else you may want.

Our Randy Newman agent will be happy to help you get Randy Newman's availability and booking fee, or the price and availability for any other A-List entertainer, band, comedian or celebrity you may want for your corporate event, private party, wedding, birthday party or public show.

Randy Newman was born in Los Angeles in 1943, to a musical family. His uncles – Lionel Newman, Alfred Newman, and Emil Newman - were already successful film composers and by the time Randy was seventeen, he had already established himself as a songwriter also. Newman spent his summers in New Orleans and lived in the city for much of his childhood. He entered UCLA but only attended for a brief time. After he left the university, he signed with Reprise Records.

But while Randy Newman’s studio albums brought him moderate success, it was his reputation for film scoring that brought him his greatest achievements and recognition.  His work in film began with Cold Turkey in 1971, and went on to include a number of highly successful films which featured his music: Ragtime (1981), which earned him two Academy Award nominations, and “You’ve Got a Friend” for Toy Story, which garnered Newman another Oscar nomination.

After Toy Story, Randy Newman scored a number of other Disney or Pixar films, including A Bug’s Life, Monsters, Inc., Cars, Toy Story 2, The Princess and the Frog, Toy Story 3, Monster’s University, and Cars 3. In addition, Newman scored the films Seabiscuit, Awakenings, Parenthood, Meet the Parents, Meet the Fockers, The Natural, and Pleasantville, which earned him another nomination. In addition to film, Randy Newman composed for the television series Monk, including the Emmy-Award winning “When I’m Gone,” featured in the show’s final episode.

Thus far in his career, Randy Newman has earned twenty Oscar nominations for his compositions, with two wins so far—for “We Belong Together” from Toy Story 3 and “If I Didn’t Have You” from Monsters, Inc. He has also won three Emmy awards and two Grammys—for Best Score Soundtrack Album and Best Song Written for a Motion Picture.

Randy Newman continues to perform and compose regularly. Newman was inducted into the Songwriters Hall of Fame in 2002 and into the Rock and Roll Hall of Fame in 2013. He recently released a new studio album, Dark Matter, in 2017. That same year, he also scored the music for the film The Meyerowitz Stories.

For more information on booking Randy Newman, please contact Booking Entertainment. One of our top booking agents will be happy to work on your behalf to get you the best possible price to book any big name entertainer for your upcoming public, private or corporate event worldwide.

Booking Entertainment works to get the best possible Randy Newman booking fee and Randy Newman price for our clients while also providing the celebrity or famous entertainer with the level of professionalism and industry norms that they expect from an event run by a professional booking agency and production management.

Booking Entertainment uses our agency / management relationships and over 25 years of production experience to help buyers of headline / top name entertainers and does not claim or represent itself as the exclusive Randy Newman agent, manager or management company for any of the artists on our site.

Booking Entertainment does not claim or represent itself as the exclusive booking agency, business manager, publicist, speakers bureau or management for Randy Newman or any artists or celebrities on this website.