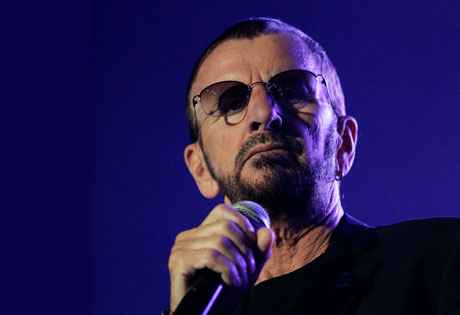 Start by filling out our no-obligation entertainment request form to check pricing and availability for Ringo Starr or whoever else you may want.

Our Ringo Starr agent will be happy to help you get Ringo Starr's availability and booking fee, or the price and availability for any other A-List entertainer, band, comedian or celebrity you may want for your corporate event, private party, wedding, birthday party or public show.

Ringo Starr was born in 1940 in Liverpool, Lancashire, England. Afflicted by a variety of illnesses as a child, including appendicitis and pleurisy, he developed complications which greatly interrupted his education. Unable to attend school, Ringo instead turned his attention to artistic endeavors. As a young man, he became enamored with the Liverpool music scene, and in 1957, he and his friend Eddie Miles created the Clayton Skiffle Group. Two years later, he joined the Raving Texans, which was renamed the Rory Storm and the Hurricanes in 1960. While the group was on tour in Germany, Ringo Starr met the Beatles.

Ringo played drums for the Beatles while in Hamburg, and eventually the Beatles replaced their current drummer with Starr. His first official performance as a member of the Beatles was in August of 1962, and Ringo played with them for the duration of their existence, until their breakup in 1970. After the Beatles disbanded, Ringo Starr released a number of highly successful albums, including Sentimental Journey (1970), Ringo (1973), Goodnight Vienna (1974), Ringo the 4th (1977), and Stop and Smell the Roses (1981.) Notable singles which charted include "It Don't Come Easy," "Photograph," "Only You (And You Alone)," and "No No Song."

In 1989, Ringo Starr & His All-Starr Band gave their first performance in Texas. The band's shows included Ringo's solo material and some of his songs with the Beatles, and their tours ran all the way into the new millennium. The success of the tours led to a compilation CD, Ringo Starr and His All-Starr Band, in 1990, and two years later, Ringo released Time Takes Time, his first studio album in nearly a decade. The album included contributions from a variety of notable producers and guest appearances by a number of different performers, including Brian Wilson.

In 1998, Ringo Starr began releasing albums on the Mercury label, starting with Vertical Man. The album would be the beginning of his decade-long partnership with Mark Hudson as producer. Additional albums throughout the new millennium include Ringo Rama (2003), Choose Love (2005), Liverpool 8 (2008), Y Not (2010), and Ringo 2012 (2012), and Postcards from Paradise (2015.) Ringo 2012 was followed by a 2013 international tour which brought Starr to Japan, Australia, and New Zealand.


Ringo Starr continues to perform and record, even as he is nearing the age of eighty. His recent appearances include performances on The Daily Show with Jon Stewart, Late Night with Jimmy Fallon, The Jay Leno Show, and a special performance at the 56th Annual Grammy Awards, for which he performed “Queenie Eye.” Most recently, Starr released his latest album, Give More Love, in 2017.

For more information on booking Ringo Starr, please contact Booking Entertainment. One of our top booking agents will be happy to work on your behalf to get you the best possible price to book any big name entertainer for your upcoming public, private or corporate event worldwide.

Booking Entertainment works to get the best possible Ringo Starr booking fee and Ringo Starr price for our clients while also providing the celebrity or famous entertainer with the level of professionalism and industry norms that they expect from an event run by a professional booking agency and production management.

Booking Entertainment uses our agency / management relationships and over 25 years of production experience to help buyers of headline / top name entertainers and does not claim or represent itself as the exclusive Ringo Starr agent, manager or management company for any of the artists on our site.

Booking Entertainment does not claim or represent itself as the exclusive booking agency, business manager, publicist, speakers bureau or management for Ringo Starr or any artists or celebrities on this website.