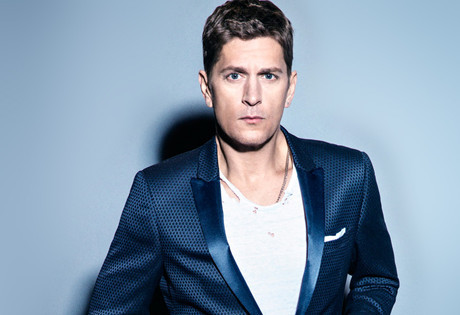 Start by filling out our no-obligation entertainment request form to check pricing and availability for Rob Thomas or whoever else you may want.

Our Rob Thomas agent will be happy to help you get Rob Thomas's availability and booking fee, or the price and availability for any other A-List entertainer, band, comedian or celebrity you may want for your corporate event, private party, wedding, birthday party or public show.

Rob Thomas was born on an Air force base in West Germany in 1972. After his parents divorced when he was very young, his father all but disappeared from the family and Rob spent most of his childhood with his mother in Florida and his grandparents in South Carolina. But it’s Orlando, Florida, that Rob Thomas considers his true “home,”; it’s here that he got his big break with some heavy local airplay and support from the local community.

After nearly fifteen years with the band Matchbox Twenty, Rob Thomas launched a solo career in 2005. His first solo album, ....Something to Be, was well-received and shot to number one on the charts. “Lonely No More,” the album’s first single, reached number six on the Billboard Hot 100. “This is How a Heart Breaks” and “Ever the Same” were equally successful, with the latter rising to Top Ten and going gold.

In 2005, Rob Thomas participated in the Live 8 concert in Philadelphia, and appeared on MTV in a concert for Katrina Relief. His first solo tour was started in the same year, and in the year following, Rob Thomas toured with Toby Lightman and Jewel. Shortly thereafter, Rob Thomas returned to collaborate with Matchbox Twenty to release another album for the band. Exile on Mainstream featured the band’s greatest hits in addition to “How Far We’ve Come,” These Hard Times,” and “All Your Reasons.”

Since that time, Rob Thomas has continued to perform both as a solo artist and with Matchbox Twenty. His solo appearances include performances of “Her Diamonds” and “Give Me the Meltdown” on The Ellen DeGeneres Show, and performances on Live from Daryl’s House, in 2010, where together they performed a number of Matchbox Twenty hits, including “Disease” and “3am,” in addition to some of Thomas’ solo singles and some Hall and Oates hits. His most recent solo album, The Great Unknown, arrived in 2015. A few years prior, he released the Matchbox Twenty album North (2012.) He recently completed a co-headlining tour alongside Counting Crows in 2016.

Off the big stage and out of the studio, Rob Thomas is a frequent guest on Real Time with Bill Maher and has made guest appearances on It’s Always Sunny in Philadelphia. He and his wife are also big supporters of charities that benefit animals, and together they started the Sidewalk Angels Foundation, a charity designed to help in a variety of social areas, including medical care, neglected animals, and the general needy in the population.

For more information on booking Rob Thomas, please contact Booking Entertainment. One of our top booking agents will be happy to work on your behalf to get you the best possible price to book any big name entertainer for your upcoming public, private or corporate event worldwide.

Booking Entertainment works to get the best possible Rob Thomas booking fee and Rob Thomas price for our clients while also providing the celebrity or famous entertainer with the level of professionalism and industry norms that they expect from an event run by a professional booking agency and production management.

Booking Entertainment uses our agency / management relationships and over 25 years of production experience to help buyers of headline / top name entertainers and does not claim or represent itself as the exclusive Rob Thomas agent, manager or management company for any of the artists on our site.

Booking Entertainment does not claim or represent itself as the exclusive booking agency, business manager, publicist, speakers bureau or management for Rob Thomas or any artists or celebrities on this website.