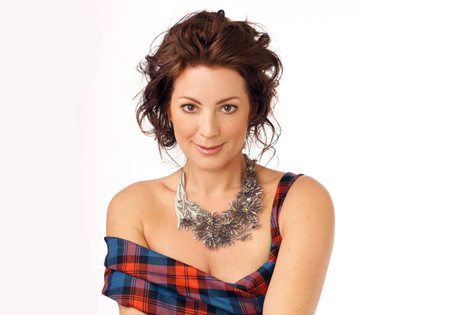 Start by filling out our no-obligation entertainment request form to check pricing and availability for Sarah McLachlan or whoever else you may want.

Our Sarah McLachlan agent will be happy to help you get Sarah McLachlan's availability and booking fee, or the price and availability for any other A-List entertainer, band, comedian or celebrity you may want for your corporate event, private party, wedding, birthday party or public show.

The Canadian singer songwriter Sarah McLachlan was born in 1968 in Halifax, Nova Scotia. Young Sarah began taking piano and voice lessons when she was still in elementary school, and so it was no surprise that by the time she was in her senior year of high school she had already started to front her first band. The young artist was tapped by her classmates as the graduate most likely to “become a famous rock star,” and so immediately after graduation McLachlan set her sights on that goal.

After signing with Nettwerk, an independent Canadian label, Sarah McLachlan moved to Vancouver to begin work on her debut album. The result, Touch, was released in 1988 and immediately garnered significant critical acclaim. But it was McLachlan’s second album, Solace (1991), which became her breakthrough album in Canada, spawning the hit singles “Into the Fire” and “The Path of Thorns.” The album Fumbling Towards Ecstasy was even more successful upon its release in 1993, and brought Sarah her first international hits, starting with the single “Possession,” which brought her to the mainstream audiences in the United States.

A string of number one albums followed, including: Surfacing (1997), Afterglow (2003), Wintersong (2006), Laws of Illusion (2010), and Shine On (2014), giving audiences the hit singles “Hold On,” “I Will Remember You,” “Building a Mystery,” “Sweet Surrender,” “Aida,” and “Angel.” McLachlan’s albums have sold more than forty million copies worldwide, and garnered her two Grammy Award wins with four nominations. Sarah has also been notminated for a staggering twenty-six Juno Awards so far, with wins for Female Vocalist of the Year, Album of the Year, and Songwriter of the Year.

In addition to her own music, Sarah McLachlan is known for her success in founding the Lilith Fair, one of today’s most successful all-female music festivals. She also oversees her own outreach program which seeks to provide opportunities for music education to underprivileged children in the Vancouver area. Her school, the Sarah McLachlan School of Music, opened in 2011 and in 2016 it grew to include a second campus in Edmonton, Alberta. McLachlan is also recognized for her extensive work with the ASPCA, and much of her music has been featured in PSAs for the organization.

Sarah McLachlan continues to perform and record. Her most recent album, Wonderland, arrived in the fall of 2016.

For more information on booking Sarah McLachlan, please contact Booking Entertainment. One of our top booking agents will be happy to work on your behalf to get you the best possible price to book any big name entertainer for your upcoming public, private or corporate event worldwide.

Booking Entertainment works to get the best possible Sarah McLachlan booking fee and Sarah McLachlan price for our clients while also providing the celebrity or famous entertainer with the level of professionalism and industry norms that they expect from an event run by a professional booking agency and production management.

Booking Entertainment uses our agency / management relationships and over 25 years of production experience to help buyers of headline / top name entertainers and does not claim or represent itself as the exclusive Sarah McLachlan agent, manager or management company for any of the artists on our site.

Booking Entertainment does not claim or represent itself as the exclusive booking agency, business manager, publicist, speakers bureau or management for Sarah McLachlan or any artists or celebrities on this website.