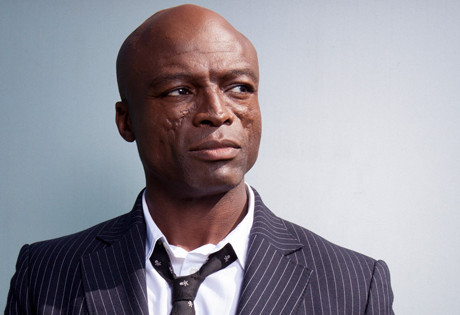 Start by filling out our no-obligation entertainment request form to check pricing and availability for Seal or whoever else you may want.

Wondering how to book Seal for your event? Let Booking Entertainment be Your entertainment booking agency for booking Seal for events worldwide.

Our Seal agent will be happy to help you get Seal's availability and booking fee, or the price and availability for any other A-List entertainer, band, comedian or celebrity you may want for your corporate event, private party, wedding, birthday party or public show.

Seal was born to Brazilian and Nigerian parents, and raised in England. His initially graduated with a degree in engineering, but shortly thereafter began singing in local bars and clubs. Seal first joined the band Push, an English funk band, in the 1980’s. Then, while on tour in Asia, Seal joined a blues band and then traveled throughout India for some time on his own.

When he returned to England, he met a techno producer named Adamski who hired Seal to provide the lyrics for his single “Killer.” The single became a number one hit in 1990. A solo contract followed, and Seal was released in 1991. The first single, “Crazy,” rocketed to the charts and brought the album to number twenty-four. Three years later, a second album, also titled Seal, was released, in 1994. The album was initially successful, but received a push when the single “ Kiss From a Rose” was featured on the soundtrack for Batman Forever.

The single found a home at number one in America, and spent forty-five weeks on the adult contemporary charts. Its success was so powerful that it increased sales not only for Seal’s second album, but for the first Seal album as well. Human Being followed in 1998, and Seal IV came five years later. Best: 1991-2004 arrived in 2004, and in 2005, Seal recorded a CD/DVD combination, One Night to Remember. System, a more dance-oriented album, was released in 2007. “Amazing,” the album’s first single, was nominated for “Best Male Pop Vocal Performance” at the 50th Annual Grammy Awards.

Since that time, Seal has released the additional albums: Soul (2008), Commitment (2010), 7 (2015), and most recently, the album Standards, in 2017. Seal also joined the coaching cast of The Voice for two seasons in 2012 and 2013, and he was featured in Tyler Perry’s television film, The Passion, which aired on the FOX network in 2016. Most recently, Seal joined the coaching team of The Voice Australia for the show’s 2017 season.

For more information on booking Seal, please contact Booking Entertainment. One of our top booking agents will be happy to work on your behalf to get you the best possible price to book any big name entertainer for your upcoming public, private or corporate event worldwide.

Booking Entertainment works to get the best possible Seal booking fee and Seal price for our clients while also providing the celebrity or famous entertainer with the level of professionalism and industry norms that they expect from an event run by a professional booking agency and production management.

Booking Entertainment uses our agency / management relationships and over 25 years of production experience to help buyers of headline / top name entertainers and does not claim or represent itself as the exclusive Seal agent, manager or management company for any of the artists on our site.

Booking Entertainment does not claim or represent itself as the exclusive booking agency, business manager, publicist, speakers bureau or management for Seal or any artists or celebrities on this website.