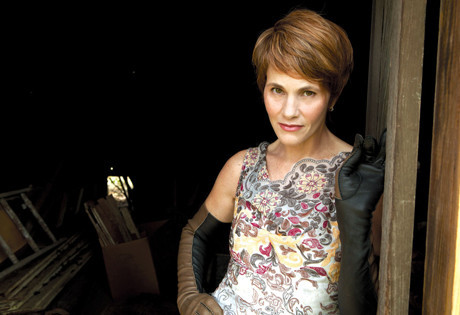 Start by filling out our no-obligation entertainment request form to check pricing and availability for Shawn Colvin or whoever else you may want.

Our Shawn Colvin agent will be happy to help you get Shawn Colvin's availability and booking fee, or the price and availability for any other A-List entertainer, band, comedian or celebrity you may want for your corporate event, private party, wedding, birthday party or public show.

American musician Shawn Colvin was born in Vermillion, SD, in 1956. Shawn taught herself to play guitar while she was still a young girl, and as a young woman she sang with a number of different bands before finding a home for herself among the singer/songwriter community of New York. Working her way through the folk circuit in the 1980’s, Shawn became active in Greenwich Village’s Fast Folk cooperative and even appeared in the off-Broadway shows Lie of the Mind, Pump Boys and Dinettes, and Diamond Studs.

Colvin enjoyed her first small breakthrough in 1987 when she sang backup on the hit single “Luka,” by Suzanne Vega. Shortly afterward, a songwriting partnership with John Levanthal blossomed. Armed with a strong demo showcasing her talents, Shawn Colvin eventually garnered the attention of
Columbia Records, which had also recently launched the careers of similarly styled female performers, including the Indigo Girls and Tracy Chapman.

Colvin’s major-label debut, Steady On, was released in 1989 to critical acclaim. It earned Colvin a Grammy for Best Contemporary Folk Recording and set the stage for her follow-up, Fat City, in 1992. Two more nominations and more critical acclaim followed, and she scored her first big hit with “I Don’t Know Why.”  Cover Girl, appropriately titled for its collection of cover songs, came next, but Colvin’s biggest smash was to come with 1996’s A Few Small Repairs, in part due to the strength of the hit “Sunny Came Home,” which finally earned Shawn Colvin two Grammies for Record of the Year and Song of the Year. The album went to platinum status and solidified Shawn Colvin’s career.

Since that time, Shawn Colvin’s success has continued with a string of critically recognized albums:  Holiday Songs and Lullabies (1998), Whole New You (2001), These Four Walls (2006), and All Fall Down (2012), and Uncovered (2015.) In the new millennium, she has also collaborated with a variety of musicians, including James Taylor, Sting, Edwin McCain, and Shawn Mullins. Shawn Colvin’s latest work, Colvin and Earle (2016), is a collaborative album in partnership with musician Steve Earle. In 2016, she was awarded the Americana Trailblazer Award at the Americana Music Honors & Awards.

For more information on booking Shawn Colvin, please contact Booking Entertainment. One of our top booking agents will be happy to work on your behalf to get you the best possible price to book any big name entertainer for your upcoming public, private or corporate event worldwide.

Booking Entertainment works to get the best possible Shawn Colvin booking fee and Shawn Colvin price for our clients while also providing the celebrity or famous entertainer with the level of professionalism and industry norms that they expect from an event run by a professional booking agency and production management.

Booking Entertainment uses our agency / management relationships and over 25 years of production experience to help buyers of headline / top name entertainers and does not claim or represent itself as the exclusive Shawn Colvin agent, manager or management company for any of the artists on our site.

Booking Entertainment does not claim or represent itself as the exclusive booking agency, business manager, publicist, speakers bureau or management for Shawn Colvin or any artists or celebrities on this website.