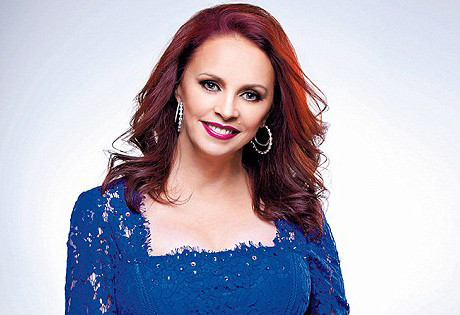 Start by filling out our no-obligation entertainment request form to check pricing and availability for Sheena Easton or whoever else you may want.

Our Sheena Easton agent will be happy to help you get Sheena Easton's availability and booking fee, or the price and availability for any other A-List entertainer, band, comedian or celebrity you may want for your corporate event, private party, wedding, birthday party or public show.

Sheena Easton was born in 1959 in Bellshill, in Scotland. She grew up in a working class family and suffered the loss of her father when she was only around ten years old. The family struggled to stay together and provide for the children, but as a teenager, Sheena Easton secured her education with a scholarship to the Royal Scottish Academy of Music and Drama. While she pursued her studies, she also began singing in local night clubs in the evenings.

In 1979, Sheena Easton was encouraged to audition for a well-renowned BBC producer for a documentary film in the works. The film was to follow a currently unknown performer and chronicle his or her rise to fame. Easton was selected for the film, and within a year of its airing, she found herself with a record contract. The resulting debut singles, including “Modern Girl” and “Morning Train,” rocketed to the top of the charts in the UK, and the debut album, Sheena Easton, followed in 1981 to equal success both in the UK and abroad.  Sheena Easton earned a Grammy for Best New Artist, and throughout the 1980’s, she enjoyed additional success with hits such as “For Your Eyes Only,” the theme to the James Bond film of the same name, and “We’ve Got Tonight,” her duet with Kenny Rogers.

Sheena Easton’s 1984 release, A Private Affair, introduced a new sound a more risqué image, giving audiences the songs “Strut” and “Sugar Walls.” By the 1990’s, Sheena Easton shifted her focus to the stage, performing in musicals such as Grease.  She also provided vocals for the soundtracks to All Dogs Go to Heaven 2, Shiloh, and FernGully: The Last Rainforest.  Easton finished out the decade with the release of Freedom (1997), Fabulous (2000), and Home (1999), an acoustic set.

Most recently, Easton has returned to the stage for a number of roles in various productions, including: Joseph and the Amazing Technicolor Dreamcoat; Man of La Mancha; and Grease. Following extensive worldwide tours in 2015 and 2016, she returned to the stage in 2017 for the West End production of 42nd Street, appearing in the role of Dorothy Brock.

For more information on booking Sheena Easton, please contact Booking Entertainment. One of our top booking agents will be happy to work on your behalf to get you the best possible price to book any big name entertainer for your upcoming public, private or corporate event worldwide.

Booking Entertainment works to get the best possible Sheena Easton booking fee and Sheena Easton price for our clients while also providing the celebrity or famous entertainer with the level of professionalism and industry norms that they expect from an event run by a professional booking agency and production management.

Booking Entertainment uses our agency / management relationships and over 25 years of production experience to help buyers of headline / top name entertainers and does not claim or represent itself as the exclusive Sheena Easton agent, manager or management company for any of the artists on our site.

Booking Entertainment does not claim or represent itself as the exclusive booking agency, business manager, publicist, speakers bureau or management for Sheena Easton or any artists or celebrities on this website.