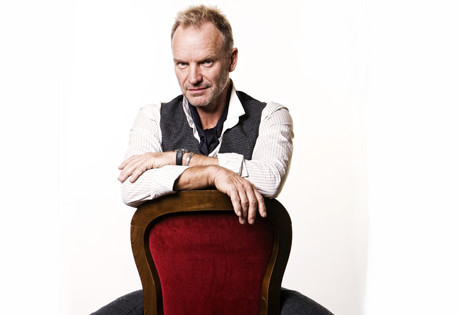 Start by filling out our no-obligation entertainment request form to check pricing and availability for Sting or whoever else you may want.

Our Sting agent will be happy to help you get Sting's availability and booking fee, or the price and availability for any other A-List entertainer, band, comedian or celebrity you may want for your corporate event, private party, wedding, birthday party or public show.

Gordon Matthew Thomas Sumner discovered his true calling, and his famous moniker, while still a very young child. During a childhood performance, while wearing a “bee-colored” jersey, friends teased him with the name Sting. Little did they know that for decades to follow, the name would be synonymous with one of the music industry’s greatest talents.

The Police came together in 1977, when Sting began playing gigs around London with Stewart Copeland. The two soon met Andy Summers and the three formed The Police. As The Police they would go on to win six Grammies and release five chart-topping albums before Sting would launch a solo career in 1984.

The infusion of a unique world-beat sound coupled with meaningful, thoughtful lyrics would prove to be a winning formula for Sting. The Dream of The Blue Turtles, Sting’s first solo album, was released in 1985 to critical acclaim and extraordinary success. “Love is the Seventh Wave,” If You Love Somebody Set Them Free,” and “Fortress Around Your Heart” all reached the Top Ten. Nothing Like the Sun would follow, garnering Sting the singles “They Dance Alone” and “We’ll Be Together,” both of which would become hits.

Since that time, Sting has released a series of highly successful and artful albums, all of which garnered him a steady stream of hits. Notable works include: The Soul Cages (1991), Ten Summoner’s Tales (1993), Mercury Falling (1996), Brand New Day (1999), Sacred Love (2003), and Songs from the Labyrinth (2006), featuring hit singles such as: “All This Time,” “Fields of Gold,” “If I Ever Lose my Faith in You,” and “All for Love.” Notable tours and perforamnces include sell-out crowds in Dubai, an international “Symphonicity” Tour, and a joint tour alongside Paul Simon.

Thus far in his career, Sting has earned Emmy Awards, Oscar nominations for Best Original Song, and sixteen Grammies for his contributions to music. He is a member of the Songwriters Hall of Fame and the Rock and Roll Hall of Fame, and was a Kennedy Center Honoree in 2014. Sting continues to perform and record. His most recent album, 57th and 9th, arrived in 2016. An extensive tour in the winter and spring of 2017 followed.

For more information on booking Sting, please contact Booking Entertainment. One of our top booking agents will be happy to work on your behalf to get you the best possible price to book any big name entertainer for your upcoming public, private or corporate event worldwide.

Booking Entertainment works to get the best possible Sting booking fee and Sting price for our clients while also providing the celebrity or famous entertainer with the level of professionalism and industry norms that they expect from an event run by a professional booking agency and production management.

Booking Entertainment uses our agency / management relationships and over 25 years of production experience to help buyers of headline / top name entertainers and does not claim or represent itself as the exclusive Sting agent, manager or management company for any of the artists on our site.

Booking Entertainment does not claim or represent itself as the exclusive booking agency, business manager, publicist, speakers bureau or management for Sting or any artists or celebrities on this website.