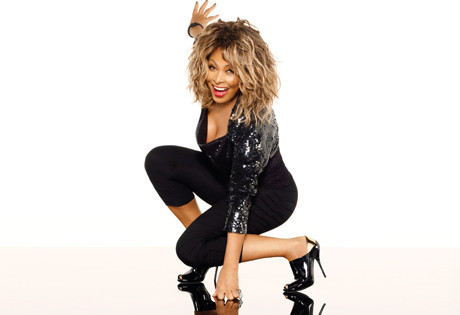 Start by filling out our no-obligation entertainment request form to check pricing and availability for Tina Turner or whoever else you may want.

Our Tina Turner agent will be happy to help you get Tina Turner's availability and booking fee, or the price and availability for any other A-List entertainer, band, comedian or celebrity you may want for your corporate event, private party, wedding, birthday party or public show.

Tina Turner was born in 1939 in Tennessee, to a working class family. Her parents were factory workers, and her father also worked as a deacon in a local Baptist church. Tina Turner’s earliest exposure to music was singing in the local church, but as a young woman she took domestic jobs and nursing jobs before finding her destiny in music.

Tina Turner’s first job was as a backup vocalist with her future husband’s band. Ike Turner had a touring show, and within a short period of time, Tina had moved from the background to the forefront, and she and Ike had a number of hits together as Ike & Tina’s Revue. “Proud Mary” became their iconic hit, rising to number four on the charts, before Tina left the group and the relationship to strike out on her own.

Tina Turner began with a role in The Who’s Tommy in 1975. She floundered for a period in the late 1970’s and early 1980’s, until she hit the charts with “Let’s Stay Together” in 1984, and then with the smash hit “What’s Love Got to Do With It” immediately after, which hit number one and stayed there for three weeks.  The album Private Dancer ended up garnering Turner another series of hits, including “Better Be Good to Me” and “Private Dancer.” Her role in Mad Max: Beyond Thunderdome also brought her a hit off the soundtrack album, “We Don’t Need Another Hero.”

A series of albums from Tina Turner followed, including Break Every Rule (1986), Foreign Affair (1989), What’s Love Got to Do With It (1993), Wildest Dreams (1996), and Twenty Four Seven (1999.) She enjoyed a period of semi-retirement for the early part of the new millennium, making her first appearances after the release of All the Best, her compilation album, featuring the single “Open Arms.” In 2007, she presented audiences with her first live performance of the decade, at a children’s benefit in London, and then in 2008 she performed at the Grammy Awards with Beyonce. Her first tour in nearly ten years followed, along the release of another compilation album.

Today, Tina Turner is praised as one of the industry’s most successful entertainers of all time. In total, she has sold more than 180 million copies and is ranked as one of the 100 Greatest Artists of All Time by Rolling Stone. Turner continues to appear and occasionally perform. In 2013, she became the oldest person in the world to grace the cover of Vogue Magazine; a year later a compilation of her works was released as the album Love Songs.

For more information on booking Tina Turner, please contact Booking Entertainment. One of our top booking agents will be happy to work on your behalf to get you the best possible price to book any big name entertainer for your upcoming public, private or corporate event worldwide.

Booking Entertainment works to get the best possible Tina Turner booking fee and Tina Turner price for our clients while also providing the celebrity or famous entertainer with the level of professionalism and industry norms that they expect from an event run by a professional booking agency and production management.

Booking Entertainment uses our agency / management relationships and over 25 years of production experience to help buyers of headline / top name entertainers and does not claim or represent itself as the exclusive Tina Turner agent, manager or management company for any of the artists on our site.

Booking Entertainment does not claim or represent itself as the exclusive booking agency, business manager, publicist, speakers bureau or management for Tina Turner or any artists or celebrities on this website.