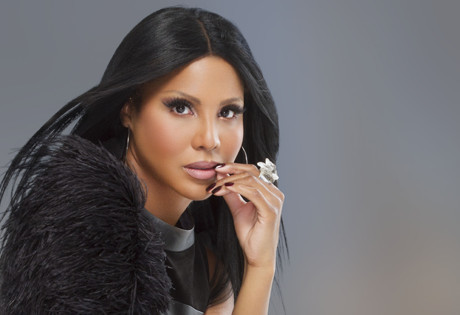 Start by filling out our no-obligation entertainment request form to check pricing and availability for Toni Braxton or whoever else you may want.

Our Toni Braxton agent will be happy to help you get Toni Braxton's availability and booking fee, or the price and availability for any other A-List entertainer, band, comedian or celebrity you may want for your corporate event, private party, wedding, birthday party or public show.

As one of the most appreciated and successful R&B singers of the 19980’s, Toni Braxton boasts one the longest-running number one hits of the rock era with her hit single, “Un-break My Heart.” Born in Severn, Maryland in 1968, Toni Braxton grew up the daughter of a minister, in a fairly strict apostolic household. She and her sisters all demonstrated vocal talents at an early age, and they were encouraged by their mother to sing in the church choirs. Braxton initially went to college with aspirations to become a music teacher, but a chance encounter at a local gas station led to Bill Pettaway, a well-known songwriter, overhearing her singing to herself. The rest, as they say, is history.

Toni Braxton’s first solo, “Love Shoulda Brought You Home” was a respectable hit, but her self-titled debut album was a chart-topping smash in 1993, racing to number one on the R&B and pop charts. Top Ten singles included “You Mean the World to Met,” “Breathe Again,” and “Another Sad Love Song.” Selling over eight million copies, the album launched Toni Braxton to stardom. By 1995, Toni Braxton had won Grammies for Best Female R&B Vocal and Best New Artist. She contributed to the soundtrack for Waiting to Exhale in 1995, singing “Let it Flow” with Whitney Houston. Toni Braxton’s second album, Secrets, was released in 1996, and spawned the hits “You’re Makin’ Me High” and “Un-break My Heart,” her iconic achievement, which spent eleven weeks at the top of the charts. Further Grammies were awarded to Braxton for both singles.

In the new millennium, Toni Braxton has released the albums Heat (2000), Snowflakes (2001), Pulse (2010), and the Grammy-winning album Love, Marriage & Divorce (2014.) Notable singles include “He Wasn’t Man Enough,” “Just Be a Man About It,” and the number one hit “Hurt You.” She completed two tours recently—the 2013 Summer Tour and the 2017 Hits Tour—before taking a break from performance on doctor’s orders, due to her battle with Lupus. Braxton also launched her Las Vegas residency, replacing Wayne Newton at the Flamingo Hotel and Casino, in 2006. The residency lasted through 2008.

Braxton most recently announced work on her next studio album, expected to release in early 2018. The album has been tentatively titled—Sex & Cigarettes.

For more information on booking Toni Braxton, please contact Booking Entertainment. One of our top booking agents will be happy to work on your behalf to get you the best possible price to book any big name entertainer for your upcoming public, private or corporate event worldwide.

Booking Entertainment works to get the best possible Toni Braxton booking fee and Toni Braxton price for our clients while also providing the celebrity or famous entertainer with the level of professionalism and industry norms that they expect from an event run by a professional booking agency and production management.

Booking Entertainment uses our agency / management relationships and over 25 years of production experience to help buyers of headline / top name entertainers and does not claim or represent itself as the exclusive Toni Braxton agent, manager or management company for any of the artists on our site.

Booking Entertainment does not claim or represent itself as the exclusive booking agency, business manager, publicist, speakers bureau or management for Toni Braxton or any artists or celebrities on this website.