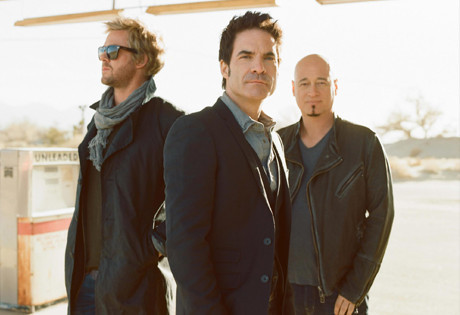 Start by filling out our no-obligation entertainment request form to check pricing and availability for Train or whoever else you may want.

Our Train agent will be happy to help you get Train's availability and booking fee, or the price and availability for any other A-List entertainer, band, comedian or celebrity you may want for your corporate event, private party, wedding, birthday party or public show.

“Calling All Angels” and “Drops of Jupiter” launched the career of Train, and within a short amount of time, the group would become one of America’s most popular bands. Arriving on the scene for the post-grunge era, the group found success in the pop/rock world, straddling the line between family-friendly alternative and adult contemporary. Throughout the first decade of the millennium, all the way to their surprise hit “Hey, Soul Sister” in 2010, Train has enjoyed a faithful and steady following.

Long before their rise to prominence, the group’s founding member, Pat Monahan, left his hometown of Erie, Pennsylvania in 1993 and found himself crossing paths with Rob Hotchkiss in California. The two began playing local coffeehouse shows and eventually added Jim Stafford as a guitarist. Train’s lineup with solidified in 1994 with the addition of bassist Charlie Colin and drummer Scott Underwood. Over the next few years, Train toured the country, sometimes opening for other bands, saving up enough money to record a debut album and simultaneously creating a nationwide following. Eventually, Train attracted the interest of Columbia Records, which signed Train to their smaller label, Aware Records, and a debut album was released in 1998. Train’s biggest success would come with their second album, Drops of Jupiter, in 2001. On the strength of the titular single, the album sold more than three million copies and the song itself remained on the Top 40 for nearly 40 weeks.

Train’s My Private Nation followed and went platinum in 2003. Its hit, “Calling All Angels” helped to strengthen the success of the album, and two other songs also found a home on the Adult Contemporary charts. For Me, It’s You, followed in 2006, and in 2007, Monahan released a solo album. Train issued its fifth album, Save Me, San Francisco, in 2009, and “Hey, Soul Sister” brought a new resurgence in Train’s popularity. But the single, “Marry Me” off the album reached unanticipated success when it was featured on One Tree Hill in February of 2011. The single went on to certify RIAA Gold and peaked at number 34 on the Billboard Hot 100 chart.

Train continues to write, record, and perform. Notable albums in recent year include California 37 (2012), featuring the hit single “Drive By”; Bulletproof Picasso (2014), featuring the single “Angel in Blue Jeans”; Train Does Led Zeppelin II (2016); and most recently, the album A Girl, A Bottle, a Boat (2017.) Thus far in their career, Train has sold more than ten million albums worldwide, and shows little signs of slowing down. The group wrapped their most recent tour in the fall of 2017 and is expected to re-enter the studio in early 2018.

For more information on booking Train, please contact Booking Entertainment. One of our top booking agents will be happy to work on your behalf to get you the best possible price to book any big name entertainer for your upcoming public, private or corporate event worldwide.

Booking Entertainment works to get the best possible Train booking fee and Train price for our clients while also providing the celebrity or famous entertainer with the level of professionalism and industry norms that they expect from an event run by a professional booking agency and production management.

Booking Entertainment uses our agency / management relationships and over 25 years of production experience to help buyers of headline / top name entertainers and does not claim or represent itself as the exclusive Train agent, manager or management company for any of the artists on our site.

Booking Entertainment does not claim or represent itself as the exclusive booking agency, business manager, publicist, speakers bureau or management for Train or any artists or celebrities on this website.