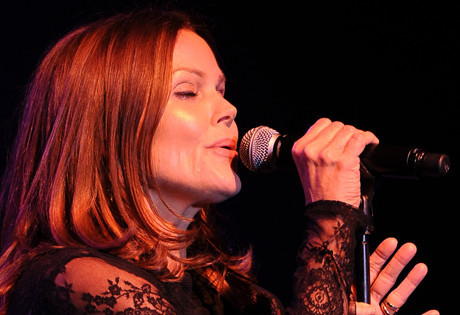 Start by filling out our no-obligation entertainment request form to check pricing and availability for Belinda Carlisle or whoever else you may want.

Our Belinda Carlisle agent will be happy to help you get Belinda Carlisle's availability and booking fee, or the price and availability for any other A-List entertainer, band, comedian or celebrity you may want for your corporate event, private party, wedding, birthday party or public show.

In the late 1970’s, Belinda Carlisle and Jane Wiedlin met up with Margo Olivarria in Venice, California, and the three decided to form a band. What started off at the Misfits became the Go-Go’s, and by 1980, the group was touring internationally to try and gather some grassroots support.

But it was the single “We Got the Beat,” from their demo tape, that became a surprise underground hit, and by 1981, Belinda Carlisle and the Go-Go’s had a record deal with IRS Records. The group’s debut album, Beauty and the Beat, was an enormous success; it featured the hit single “Our Lips Are Sealed,” and sent the album to double-platinum status. The Go-Go’s also earned a 1982 Grammy for Best New Artist, and in the same year they followed up with Vacation. In 1984, Talk Show was released, with the two hit singles "Head Over Heals" and "Turn To You".

By 1986, Belinda Carlisle had launched a solo career, and released her first album, Belinda. "Mad About You", " I Feel the Magic", and "Band of Gold” were all successful hits, but 1987’s Heaven on Earth brought “Heaven Is A Place On Earth,” which went to number one on the charts. Other singles off the album included "I Get Weak", "Circle in the Sand", and "I Feel Free". The album garnered her a Grammy nomination for Best Female Pop Vocalist in 1988. In 1989, Runaway Horses was released, including the hit "Leave a Light On,” "Summer Rain", "Vision of You" and "We Want The same Thing".

A reunion was in store for the Go-go’s in 1990, and Belinda Carlisle and her band members released Go-Go’s Greatest. The year after, Belinda released Live Your Life Be Free. The Best of Belinda Vol. 1 came next, rising to number one of on the British charts, bringing Belinda Carlisle her first number one album of her career. Real followed in 1993, and in 1994, the Go-Go’s reunited once again.

For much of the millennium’s first decade, Belinda Carlisle was rather quiet. But she resurfaced again in 2013 with her first single in nearly twenty years, titled, “Sun,” arrived via digital download. A Greatest Hits collection (titled The Collection) followed in 2014, with classic hits and some new material, followed by a box set of all Belinda’s singles thus far in her career.

Today, Belinda Carlisle continues to perform and record. Her latest album, Wilder Shores, arrived in 2017. Out of the limelight, Carlisle is an avid supporter of LGBTQ rights and also a staunch vegetarian who supports various animal rights groups. Her autobiography, Lips Unsealed, was a New York Times Best Seller upon its release in 2010.

For more information on booking Belinda Carlisle, please contact Booking Entertainment. One of our top booking agents will be happy to work on your behalf to get you the best possible price to book any big name entertainer for your upcoming public, private or corporate event worldwide.

Booking Entertainment works to get the best possible Belinda Carlisle booking fee and Belinda Carlisle price for our clients while also providing the celebrity or famous entertainer with the level of professionalism and industry norms that they expect from an event run by a professional booking agency and production management.

Booking Entertainment uses our agency / management relationships and over 25 years of production experience to help buyers of headline / top name entertainers and does not claim or represent itself as the exclusive Belinda Carlisle agent, manager or management company for any of the artists on our site.

Booking Entertainment does not claim or represent itself as the exclusive booking agency, business manager, publicist, speakers bureau or management for Belinda Carlisle or any artists or celebrities on this website.