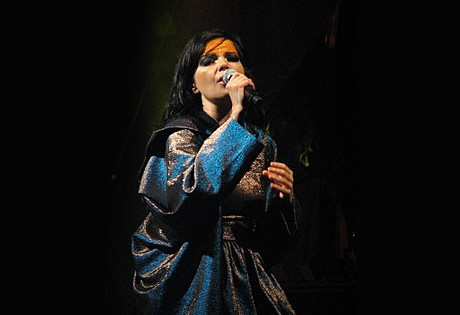 Start by filling out our no-obligation entertainment request form to check pricing and availability for Bjork or whoever else you may want.

Our Bjork agent will be happy to help you get Bjork's availability and booking fee, or the price and availability for any other A-List entertainer, band, comedian or celebrity you may want for your corporate event, private party, wedding, birthday party or public show.

Bjork began her music career as the lead singer for the group Sugarcubes out of Iceland. However, when the group disbanded in 1992, Bjork found herself with a career far more successful than she’d enjoyed with the band. She shifted her musical style to reflect a more club and dance sound, and the new formula was an instant success. Not only did her first album, Debut, establish her solo career in 1993, but it also made her one of the 1990’s most notable stars and iconic celebrities. A string of hit singles followed, including “Big Time Sensuality” and “Venus as a Boy,” and by the end of the year Debut had gone platinum in the UK.

Her first single off her next album, “Army of Me,” was released in 1995, shortly before the album itself dropped. Post was equally successful and earned Bjork gold status in the United States, and yielded her additional BRIT awards. “Isobel,” “Hyperballad,” and “It’s Oh So Quiet” were notable singles released from Post. Telegram (1997) and Homogenic (1997) followed, and in the new millennium Bjork also expanded her endeavors to include acting. She earned the Best Actress award at the Cannes Film Festival for Dancer in the Dark, and the critics equally acclaimed her score for the film.

Bjork followed up with Vespertine (2001), a Greatest Hits collection (2002), Medulla (2004), and the soundtrack to the film Drawing Restraint 9 (2005) before releasing Volta in 2007. Volta, which was created with the assistance of notable producer Timbaland and artists such as the poet Sjon, kora master Toumani Diabate, and singer Antony Hegarty, features far more cross-cultural elements than Bjork’s previous albums. Both Volta and its first single, “Earth Intruders,” became Bjork’s highest charting works to date, reaching into the Top Ten. “Innocence, “”Declare Independence,” and “Wanderlust” fared equally well.

For more information on booking Bjork, please contact Booking Entertainment. One of our top booking agents will be happy to work on your behalf to get you the best possible price to book any big name entertainer for your upcoming public, private or corporate event worldwide.

Booking Entertainment works to get the best possible Bjork booking fee and Bjork price for our clients while also providing the celebrity or famous entertainer with the level of professionalism and industry norms that they expect from an event run by a professional booking agency and production management.

Booking Entertainment uses our agency / management relationships and over 25 years of production experience to help buyers of headline / top name entertainers and does not claim or represent itself as the exclusive Bjork agent, manager or management company for any of the artists on our site.

Booking Entertainment does not claim or represent itself as the exclusive booking agency, business manager, publicist, speakers bureau or management for Bjork or any artists or celebrities on this website.