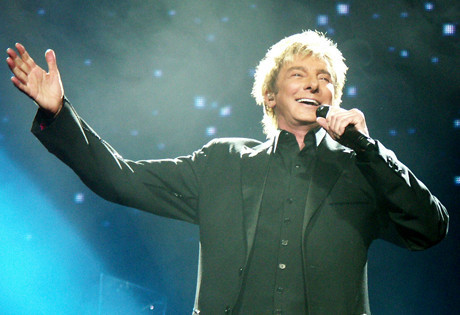 Start by filling out our no-obligation entertainment request form to check pricing and availability for Barry Manilow or whoever else you may want.

Our Barry Manilow agent will be happy to help you get Barry Manilow's availability and booking fee, or the price and availability for any other A-List entertainer, band, comedian or celebrity you may want for your corporate event, private party, wedding, birthday party or public show.

Barry Manilow dominated the 1970’s as an iconic singer/songwriter, with thirteen number one hit singles and innumerous platinum albums. Born Barry Alan Pincus, Barry Manilow started his music experiences at age seven, playing accordion and piano. After graduation, he attended the Julliard School of Music, one of the most prestigious music schools in the world. In 1971, Bette Midler hired Barry Manilow as her musical director, arranger, and pianist. A record deal for Manilow followed, and Barry Manilow I was released in 1973.

The album did not achieve the level of success Manilow was hoping for, but when Clive Davis asked him to record “ Brandy,” a former UK hit, Barry Manilow arranged the song as a ballad and changed the title to “Mandy.” “Mandy” would go on to become Barry Manilow’s first number one hit, and on its strength, Barry Manilow II (released in 1974) would bring the recognition he deserved. “It’s a Miracle” followed, hitting the Top 20, and “Could it Be Magic,” a Chopin-adapted ballad, after that.

This One’s For You rocketed Barry Manilow to stardom, and produced the hits “Looks Like We Made It” and “Weekend in New England.” Even Now, in 1978, was another huge success, going triple-platinum, and bringing audiences singles like “Copacabana,” “Can’t Smile Without You,” and “Somewhere in the Night.” Between 2002 and 2013, Manilow released multiple successful albums, including Ultimate Barry Manilow, Greatest Songs of the Fifties, and Greatest Love Songs of All Time, which earned him a Grammy Award nomination for Best Traditional Pop Album. The album 15 Minutes, released in 2011, also earned him a Grammy award nomination in the same category.

Altogether, Barry Manilow has sold more than eighty million records worldwide. His latest album – My Dream Duets (2015), earned him yet another Grammy nomination, this time for Best Album. Manilow continues to perform and record and is still one of the best-selling and most beloved performers of all time.

For more information on booking Barry Manilow, please contact Booking Entertainment. One of our top booking agents will be happy to work on your behalf to get you the best possible price to book any big name entertainer for your upcoming public, private or corporate event worldwide.

Booking Entertainment works to get the best possible Barry Manilow booking fee and Barry Manilow price for our clients while also providing the celebrity or famous entertainer with the level of professionalism and industry norms that they expect from an event run by a professional booking agency and production management.

Booking Entertainment uses our agency / management relationships and over 25 years of production experience to help buyers of headline / top name entertainers and does not claim or represent itself as the exclusive Barry Manilow agent, manager or management company for any of the artists on our site.

Booking Entertainment does not claim or represent itself as the exclusive booking agency, business manager, publicist, speakers bureau or management for Barry Manilow or any artists or celebrities on this website.